Romney, along with Republican Maine Sen. Susan Collins, voted last week to allow for additional witnesses to testify at the impeachment trial. The measure ended up failing 49-51 after other moderate Republicans joined the rest of the party in voting no.

As Romney “has said, he wants to hear from Ambassador Bolton, and he will vote in favor of the motion today to consider witnesses,” Johnson tweeted.

But he stunned everyone as he becomes the only Republican to vote to convict President Donald Trump in the Democrat-led impeachment trial.

But was that the only reason for his decision?

A new financial report detailing where Romney has been getting his special-interest dollars may reveal why he voted against the president.

According to OpenSecrets.org, Romney has received $17,500 from Soros Fund Management, an operation founded by left-wing billionaire George Soros.

On the list of all-time total donations, Romney makes it into the top 20 list of politicians who have received money from Soros Fund Management.

He is the only Republican on the list others who have received money from Soros are former President Barack Obama, Sen. Chuck Schumer, former presidential candidate Hillary Clinton, John Kerry, and others.

This is not a big surprise but God knows how much money he took that we don’t have information for.

Back in 2012, George Soros said he saw little difference between Mitt Romney and Barack Obama.

A few days later Gingrich spokesman R.C. Hammond said in a statement: How can a candidate like Obama defeat Obama in November?”

It seems that Republicans had enough from Mitt Romney. First, he was notified by a tweet from Conservative Political Action Conference (CPAC) chair Matt Schlapp that he was “not invited” to the annual conference after being one of two Republicans in the Senate to vote to call additional witnesses in the impeachment trial of President Donald Trump.

“The ‘extreme conservative’ and Junior Senator from the great state of Utah, @SenatorRomney is formally NOT invited to #CPAC2020,” Schlapp tweeted.

A Utah lawmaker has filed a bill to allow Utahns to recall an elected United States senator.

The lawmaker, Rep. Tim Quinn, R-Heber City, told the Deseret News in an interview Wednesday shortly after the bill was made public that it’s not meant to target any specific sitting Utah senator — but it comes amid heightened national attention on Sen. Mitt Romney, who has been among the few Republican senators publicly critical of President Donald Trump.

Romney in recent days has ignited simmering controversy over whether to bring additional witnesses and documents into the impeachment trial against Trump. Yet Quinn said his bill isn’t aimed at Romney or any specific senator — though he acknowledged his bill comes at a time that people will likely construe it that way.

“I know that’s what’s going to be the narrative,” Quinn said. “If it were, then it might make sense to have a sunset on it. That would not be the case.” 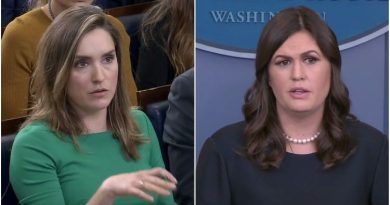 WATCH: Sarah Sanders Asked What Trump Is Doing To Combat Gun Violence – Her Response Is The Reason Why We All Love Her! (Video)

Video: Joe Biden Lashes Out Black Reporter, Asks If He’s a Junkie After He Is Asked If He’ll Take Cognitive Test 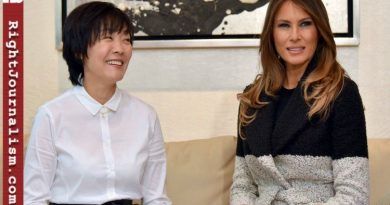 Melania Met With Japan’s First Lady And Her Fashion Statement Was Out Of This World! (Photos)