I am sure you all have watched one of the best show on TV “Last Man Standing.” Sadly after six seasons, ABC Network confirmed that they are canceling Tim Allen-starring sitcom.
Last Man was ABC’s second-highest-rated comedy behind Modern Family, averaging, in its sixth season, an impressive 6.41 million live viewers.

ABC canceled the series in early May — sparking a boycott and backlash — after six successful seasons, in which it was nominated for two Primetime Emmys. The cancellation inspired a viral Change.org petition, which has collected more than 410,000 signatures. Speculation swirled for months over reports that 20th Century Fox and later CMT would become the new network home for the Last Man Standing.

The show was one of the few broadcast network sitcoms to appeal to conservative, blue-collar America, a true oddity since Allen has noted in interviews that the program was written by liberal writers.

FOX sources told TMZ that Allen’s show, which was controversially canceled by ABC last year, is now under serious consideration for another chance on network television.

FOX sources say Allen’s show — which was controversially canceled last year — is now under serious consideration for a reboot. There were rumors the show was canceled because of Allen’s personal conservative affiliations — he compared being a conservative in Hollywood to 1930’s Nazi Germany, as well as the conservative character he portrayed on the show.

Fox will have to act fast to put the wheels back on the wagon here.

I hope Fox does pick it up and puts it in the same time slot that ABC had it, just to beat the replacement show.

Conservative’s get a rare win in Hollywood. Will you support Tim and prove all the liberals wrong? 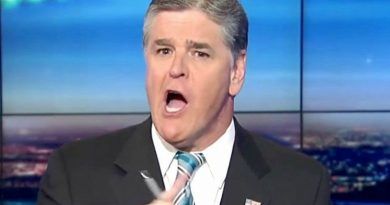 cannot wait for Last Man Standing. One of the best shows on TV & more family oriented than many shows that are on

One of my favorite shows. Still watch reruns every night! Hope FOX brings it back!!

Love that show (last man standing)still watching the reruns but reading for some new ones ,soon I hope

I, my family, my friends loved this show. Everything about it was great. The li real neighbors, the relationship with the boss. The kids relationships and the interesting storylines always kept us laughing and crying. I think the writers were right on cue with each character and we are all excited to see what they will do now. How far along each person has come. End the end of each show know matter what we knew that with all the differences between each person, they stood strong. #Happy #waiting formorefrudaynightpartiesaroundtv.#Overthemoon. 😊😊😊😊👍👊❤

Love the show, pick it up Fox.

Please bring “The last man standing” back.
It was great!

Hell ya! I first learned of this show a couple years ago on Christmas evening with the family … Love it!

That would be so awesome! I own the first 4 seasons but cannot get the 5th nor sixth. I would be I heaven!!

TELL US WHEN AND WHERE. PERIOD.

It amazes me that a network would put politics over ratings. Last Man Standing is one of the best sitcoms ever. Hope Fox continues on it’s quest to pick it up. One more reason to watch Fox.

Truly one of the best sitcoms in the last 20 years. I knew that anyone in my family could watch it w/o worrying about the content being offensive. If brought back it would again become one of my favorites, and would be watched every week.

Get politics out of TV and resume Last Man Standing! Political correctness should be terminated in America.

We loved this show! It was a good family show. It had good points to it! Why is it ok to have violent shows, sexual shows,gay shows,controversial topics that try hard to push all of thier beliefs on us and shame us for not seeing what they demand us to see. It goes both ways,we should be able to see things we believe in and can relate to just like everyone else!!