The enemy of our enemy is our friend! May his mind and shot be straight!

A British sniper gunned down a jihadi from almost 1.5miles away in what is reportedly the best long-range shot ever in the SAS.

The sergeant killed the Islamic State commander with a .50 Calibre machine gun, shooting him in the chest. This feat is believed to be the first time the machine gun has been used for a sniper hit by the SAS.

The Islamist’s arm and shoulder were torn off due to the force of the bullet and he died instantly. The jihadi was on a British and US kill list.

The Daily Star reports that the sniper was on a secret patrol in an ISIS stronghold area of northern Afghanistan in June.

The SAS team were sat biding their time and planning their next moves in armed vehicles when they spotted the commander.

Although they all had weapons to hand, the fighters all believed the only gun able to hit the target from such a long distance was the .50 Cal Browning mounted on one of the vehicles. When the senior officer granted permission to use it, the unnamed sniper took his chance and hit the target.

One source told the Star: “The .50 Cal has got a phenomenal range and is very accurate even though it is almost 40 years old.

“It can be fired on single shot. The sniper fitted a special sight to the machine gun and got a spotter to estimate the wind speed.

“He also took into account the heat of the day and the light. The image of his target was quite ‘watery’ because of the heat being given off from the ground.

“The Islamic State commander was briefing his men and clearly liked the sound of his own voice because he was standing still for a least 20 minutes while his fighters sat on the ground in front of him.

“The sniper knew he only had one chance. It took several seconds for the round to hit the commander who appeared to fly into several pieces.

“For a few seconds no-one moved. When they realised what had happened they got up and ran away.”

An additional source added that the killing of the IS commander is estimated to have saved the lives of more than 20 people. 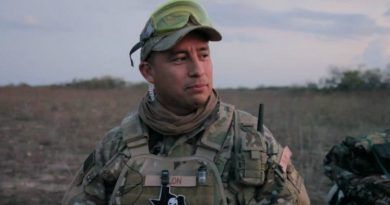 WATCH! US Marine Patrolling US Border Has A Terrifying Warning For American Cities After What He Found! (VIDEO) 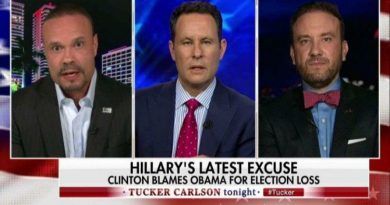 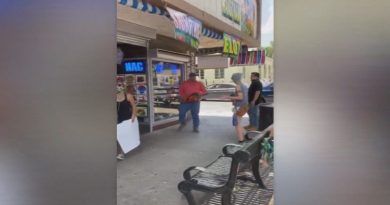 Video: Texas Man Wielding a Chainsaw Scares Off Anti-Police Protesters – They Call The Cops and Have Him Arrested

SKILL, HONED BY THE BEST IN USA…INTEL ON DAESH COMMANDER STANDING STILL FOR PERIOD OF TIME, ????? GOT BEAD, CONDITIONS SHOT PHENOMENAL ..LITTLE THINGS LIKE THAT ARE BETTER LEFT UNSAID..REPORT THE HIGHLIGHTS GIVE NO SPECIFICS ABOUT MISSIONS, YOU GIVE INTEL TO THE ENEMY ..THEY MAKE CHANGES WE HAVE TOUGHER WAR…MIGHT SEEM COMMON SENSE BUT MANY THINGS AREN’T FOLLOWED UP AND ADDRESSED UNTIL SOMEONE MENTIONS IT…daesh don’t give them prominence or other title’s….

The rifle used was not a 50 cal. machine gun. Machine guns are not used for sniper shots. It was probably a single shot bolt action sniper rifle.