Video showing Chicago police fatally shooting 13-year-old Adam Toledo was released today, along with other materials related to the investigation.

Chicago’s Civilian Office of Police Accountability announced on Wednesday that the video would be released today, two days after Adam’s family was shown footage of the shooting. The agency said after the family watched the videos Tuesday night that based on the family’s request, it would “not immediately release” the footage or other materials like 911 calls and witness statements to the public.

Prosecutors had described the events in the video over the weekend as a judge set bond at $150,000 for the 21-year-old man who was with the teen at the time of the fatal shooting.

Ruben Roman, who was represented by a public defender at a Cook County bond court hearing, was charged with reckless discharge of a firearm, aggravated unlawful use of a weapon by a felon, and child endangerment.

The video captured Roman firing shots before police responded to the scene. Prosecutors said an officer apprehended Roman, who dropped red gloves on the ground during his arrest that later tested positive for gunshot residue.

The other officer chased Toledo, repeatedly telling him to stop, and eventually, Toledo stopped near a break in a wooden fence, prosecutors stated. Toledo, who was standing with his left side facing the officer and holding his hand to his right side, was ordered by the officer to show his hands, Cook County Assistant State’s Attorney James Murphy said.

The officer called for medical assistance and started performing chest compressions on Toledo, who died at the scene, authorities said.

The teen’s right hand tested positive for gunshot residue, according to Murphy. Fired shell casings from near where Roman fired shots matched the 9-millimeter handgun that was recovered near Toledo, prosecutors said.

The rest of the material below:

This is breaking news will update the article with more videos, please refresh this page for more materials!

Mayor Ligtfoot alleged before the official release of the video that she had not seen evidence that Adam shot at the police and that she wants her citizens to express themselves peacefully.
The footage has been widely anticipated in the city after other videos of violent police encounters around the country sparked civil unrest.

Adam’s family had recently called for people to “remain peaceful” to honor his memory as the city awaits the release of the video. They echoed that request again in Thursday’s statement.

“We acknowledge that the release of this video is the first step in the process toward the healing of the family, the community and our city,” the statement read in part. “We understand that the release of this video will be incredibly painful and elicit an emotional response to all who view it, and we ask that people express themselves peacefully.”

BLM rioters were ready to riot even before they saw the video:

The Chicago chapter of #antifa group All Out is promoting a riot for tonight at Union Park. #AdamToledo #BLM #AntifaRiots pic.twitter.com/UYxgl7lFoC

When I was in law school, some white guys put up their youth mug shots on the wall of the law review office. Because it was funny.

Getting arrested is funny when you're white. It is a death sentence when you arent.

COPA is still investigating the shooting and the officers involved have been placed on administrative duties for 30 days in line with Chicago Police Department policy. 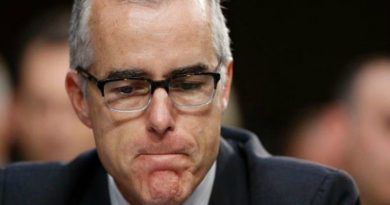 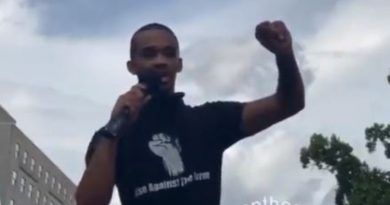 MUSLIM STUDENT Challenges A CHRISTIAN SPEAKER, Her RESPONSE Has Left Everyone SPEECHLESS! (Video)