A former assistant FBI director made history this week when he chose to do something no one who has ever held his post, has done before. James Kallstrom felt so passionately about the importance of the outcome of the 2016 presidential election, he decided he could remain silent no longer.

Kallstrom made national headlines when he headed up the FBI investigation into the 1996 crash of TWA Flight 800. He also served as Senior Advisor to the New York Governor on Counter-Terrorism security from 2002 to 2007 and oversaw all counter-terrorism and security matters for the state.

“You’re not going to get change with Hillary Clinton,” the former FBI official said. James Kallstrom also said he truly believes Donald Trump is a good man and deserve the opportunity to lead American forward.

While serving as the senior counter-terrorism advisor for New York, James Kallstrom was responsible for Counter-Terrorism Planning and Operations for the entire state. The Donald Trump supporter is highly regarded as an expert on security, counter-terrorism, management, and government/public affairs matters.

“He’s got a big heart. He’s done hundreds and hundreds of things for people without fanfare. He’s a good guy. He’s a patriot of this country,” Kallstrom also said when endorsing Donald Trump.

After his many years spent helping protect the United States and working in the federal government, Kallstrom formed some definite opinions about career politicians in general. The former assistant FBI director said he now has a “low opinion of all politicians, except for a few, particularly the Democrats and the Republican leadership.”

In a recent appearance on Fox Business’ “Varney and Co.,” former FBI Assistant Director James Kallstrom blasted members of the Obama administration and the Democrat Party — in particular Hillary Clinton — and said that there were crimes “20 times bigger than Watergate” that nobody was charged for.

Kallstrom, best known as the chief investigator into the 1996 explosion of TWA Flight 800 over Long Island Sound, retired from the FBI in 1998. He’s been known since as a political commentator, particularly on the Clintons and former FBI Director James Comey.

In his appearance last week, according to PJ Media, Kallstrom said that it “was obvious to anybody that knows anything” that former President Obama wasn’t going to let Hillary Clinton get indicted for her private email server, and said that current Attorney General Jeff Sessions was “in a coma” when it came to pursuing the former Democrat standard bearer.

Kallstrom said that part of the problem was that Deputy Attorney General Rod Rosenstein — who appointed Robert Mueller as special counsel after Attorney General Sessions recused himself from all things Russia — was put in place at the Department of Justice by the Democrats and that the current investigation was like “this huge forest fire is burning up (Sessions’) real estate.”

What are your thoughts on what Kallstrom had to say? Scroll down to comment below! 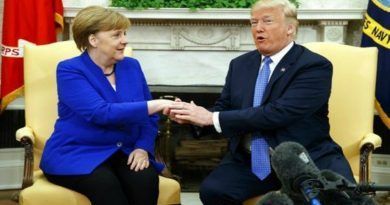 Flashback! Merkel Drops The Truth Bomb About the ‘Strength’ of Trump’s Sanctions on N. Korea (VIDEO)

Here is a Full LIST OF EVERY SINGLE TIME OBAMA COMMITTED An IMPEACHABLE OFFENSE That Was Covered Up By DEMS And MEDIA! 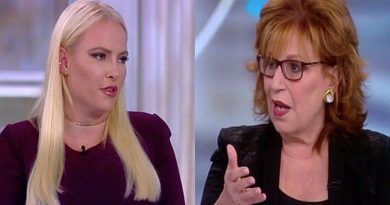