A 33-year-old woman named Rehab Dughmosh who was charged with 21 counts of criminal activity, including attempted murder of at least 3 people for or in the name of a terrorist organization, assault with a deadly weapon, and issuing threats of physical violence at a Canadian Tire in Scarborough made her first appearance in Ontario Superior Court Wednesday.

On June 3, Dughmosh brandished a golf club and kitchen knife in Cedarbrae Mall and the Canadian Tire store in east Toronto before chasing after confused customers while screaming, “Allahu Akbar,” “I’m here for Syria,” and, “I’m going to kill everybody!”

And almost immediately as she stood in the courtroom, she began cursing the justice system, demanding Sharia law, and telling the “infidels” that they can “go to hell.”

Dughmosh was clad in a tunic green tracksuit and hijab pulled across her face, revealing only the eyes.

First words out of her mouth in Arabic were: “I want to stay seated.”

She continued: “I reject all counsel here. I only believe in Islamic Sharia law.”

Dughmosh declared: “I meant to harm those people. First of all I’m not guilty. But if you release me, I’m going to commit this type of action again and again because I’m pledging allegiance to Abu Bakr al-Baghdadi. In my perspective, I’m not guilty. In your perspective, I might be guilty.”

Unfortunately for her, the judge Michael Dambrot replied with 3 simple words that put the hateful woman in her place.

Via Mad World News: “Fed up with her ridiculous disruptions and religious supremacy, Judge Robert Goldstein angrily interrupted the screeching woman’s final demand for Sharia law in perhaps the most applause-worthy way a Western judge has ever responded to such a supremacist. In a brilliantly bold reply, Judge Goldstein audibly laughed as he berated Sharia law to Dughmosh’s face, adding that she should “consider herself lucky” that she’s isn’t being tried by an Islamic court because of how brutally they treat women.

“Your views about what system you would like to be tried under are completely irrelevant,” he told Dughmosh, who scoffed in response.

“You should consider yourself lucky that you are caught up in a justice system of this nature rather than one that in your flight of fancy you seem to think is better.”

Good call by the judge. The Muslims are trying to undermine western culture at every turn. They will not assimilate and expect the host country to bend to their customs. They think they are better than us and that special treatment is required for them? Muslims around the world must finally learn that the West won’t cave to their demands or tolerate their expectations of special treatment any longer. They must understand that there are certain rules that everybody must follow!

Obama did as much damage to AMERICA as he could, Hillary was to finish it. She failed, but Muslims are here and keep trying to come. Liberal Democrats want us to believe they are good people, but they only mean is to kill everybody who disagrees with them.

Video: BLM Rioters Chase The Police Away And Run Over A Police Officer With A Stolen Truck 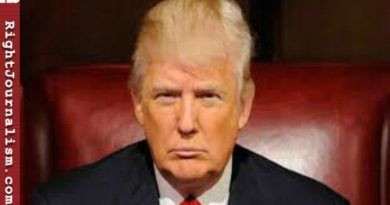 They ruin our motels. Our 7-Elevens stores convenience shops gas stations… they hate us they short changes us. Let’s send them to California. So in California they’re running all the marijuana shopsshops. They dropped the price and all the other competition go broke. Yeah let’s support them some more. Not

Rah for the judge! Obama bringing these muslims in was all part of the plan to destroy America and kill Americans.

I agree. That Obama was put in the Presidency by the Muslium Brother.His job was to do as much harm to USA as he could. Obama was allowing MUSLIUMS in America.giving them free benefits.The MUSLIUMS that live here as citizens and the MUSLIUMS still here.are here on one mission..Destroy Americans!!

Kill Americans, as many as you can,are Muslims mission!