Calls for Democrat Rep. Elizabeth Etsy to resign grow as stunning abuse allegations emerge that she kept her chief of staff Tony Baker, who was accused of threatening another staffer, on her payroll for three months after learning of the accusation.

Baker reportedly sent a threatening voicemail to Anna Kain, a former Etsy staffer whom Baker once dated, on May 5.

“You better f—–g reply to me or I will f—–g kill you,” the message to Kain read. Kain subsequently alerted the police and secured a one-year restraining order against Baker.

Via Breitbart: “Etsy found out about the threat towards Kain within a week of the incident, according to emails obtained by the Washington Post. Instead of firing or suspending Baker, Etsy consulted her attorneys and advisers. Etsy also spoke with Kain on May 11. Kain revealed that Baker had punched, berated, and sexually harassed her in Etsy’s office throughout 2014, while Kain worked as Etsy’s senior adviser.

Baker did not leave Etsy’s office for three months. On Baker’s last day, August 12, Congresswoman Etsy wrote a positive recommendation letter Baker could use to find future employment and also signed a legal document preventing her from disparaging him and discussing why he left. Baker eventually went to work for the Sandy Hook Promise, a gun control group created in the wake of the Sandy Hook school shooting. Baker was dismissed after the Post inquired about his employment at the group.

The Connecticut Post first reported about Etsy’s handling of Baker’s dismissal on Thursday.

In an interview on Monday, Etsy admitted that she did not handle the situation well. the Connecticut congresswoman plans to reimburse the U.S. Treasury the $5,000 Baker received in severance.

Etsy admitted: “What I did was not good enough and it didn’t protect [my staff] enough. . . . I’m hopeful now with this conversation and this coming out that I’ll be able to be much more direct and help other people in Congress understand the risks they are placing their staff at when they don’t think they are.”

Etsy also suggested that she was pressured by Office of House Employment Counsel (OHEC) to sign a non-disclosure agreement (NDA), which helped delay Baker’s dismissal. The Connecticut Democrat argued that she was working within a system that was designed to protect members and staffers who have misbehaved, not those who have been the target of harassment and assault.

“Clearly that’s what it’s all set up to do — to protect the member of Congress whose bad behavior caused the problem,” Etsy argued.

Rep. Etsy added: “It felt wrong to me. . . . When I’m reading the documents and these drafts, it kept going through my mind, ‘This is not right. This is not what happened.’”

Gloria Lett, lead counsel with the OHEC, declined to comment and referred the Post to the Committee on House Administration.

The committee said that the OHEC “serves to provide advice to House employing offices on employment policies and practices.” They added that “ultimately, each member makes the final decision for how a case against the office is handled and an employee’s employment status.”

Kain told the Post in an interview that she was so nervous about imperiling her boss’s chance of reelection that she disconnected her phone from the House’s WiFi network to privately look up how to report harassment to the Ethics Committee.

Kain said: “I was 24 and doing a job that I believed in for an institution I was proud to be a part of.But I was being severely abused and had nowhere to turn. Nobody talked about things like this. I was suffering and thought it was weakness.”

On May 5, Baker called Kain roughly 50 times and said he would “find her” and “kill her,” according to Kain’s harassment report.

Chris Martin, a National Republican Congressional Committee (NRCC) spokesman, called for Etsy to resign in a statement on Friday.

Martin said: “Elizabeth Esty orchestrated one of the most disturbing Washington cover-ups in recent memory. There is no place for someone who protects abusers in Congress, and she should resign immediately.”

The Hartford Courant called for Rep. Etsy to resign in an editorial on Friday.

The Courant wrote: “Ms. Esty says she was following the rules designed to protect the House as an institution rather than the victim, and she now regrets that.

She should regret it. It was a colossal failure of judgment and an indication that her priorities are awry. She was elected to represent constituents, not abusive men.”

Sen. Richard Blumenthal said he was “deeply disappointed” in the way Rep. Elizabeth Esty, a fellow Connecticut Democrat, handled abuse and harassment allegations by her former chief of staff.

“I’m just learning the facts. I need to know more. There should be clearly, unquestionably no tolerance for harassment or assault in the workplace, and this story should be a reminder of how we need to support and encourage survivors and victims to come forward.”

Etsy charged in a statement in November after the House established mandatory anti-harassment training for House offices: “For too long, the culture in Washington has accepted entirely unacceptable behavior. That needs to change — period.”

The same Democrats who condone this want Laura Ingraham burned at the stake for telling an 18-year-old punk to stop whining about not getting into a leftist school that rejected him. Go figure.

Democrats are not required/expected to do the right thing. Double standards!

I am sure that Democrats would be attacking a Republican until he or she was forced to quit, we have to do the same, this double standard has gone on too long. This again brings up the congressional privilege. We pay for their cover-ups, they get special insurance, they get to collect “campaign contributions”, and under the table money. We need a clause in the constitution that says that what the things they do to us apply to them.

We Must Expose Them! Here’s A Who’s Who of Deep State Criminals, Corruptors And Elites 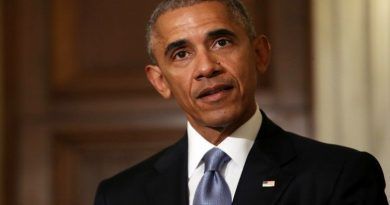