Democrats motto is- Never let a crisis go to waste… The truth is- Democrats are using Las Vegas massacre for political propaganda. It is clear that the Democrats see this tragedy as an “opportunity” to promote their political ideology. They will keep using any reason to take control of Our Right to bear arms and will not stop until they do.

Only a day after the gruesome shooting in which 58 people died and nearly 500 were injured, the members of Congress took to Twitter and appeared to call on the federal government to enact stricter gun control measures in response.

Now it becomes official and Massachusetts became the first state to impose a ban on bump stocks since the deadly shooting at a Las Vegas music festival.

An appropriations bill that included a prohibition on the devices, which are designed to make semi-automatic rifles mimic the firing action of fully automatic weapons, was signed into law Friday by Republican Lt. Gov. Karyn Polito. The Democratic-controlled Legislature gave final approval to the measure on Thursday.

Polito is Massachusetts’ acting chief executive with Republican Gov. Charlie Baker on vacation outside of the state. Baker had previously expressed support for banning the devices.

Baker and Polito “support the Second Amendment to the Constitution and Massachusetts’ strict gun laws,” said Brendan Moss, a spokesman for the administration.

The Gun Owners Action League of Massachusetts, an affiliate of the National Rifle Association, had sent an alert to its members earlier Friday urging them to contact Baker’s office and demand that he use his line-item veto power to separate out the bump stock ban from the rest of the $85 million budget bill, which was needed so the state’s comptroller can close out the books on the previous fiscal year.

“The provision passed by the legislature … allows for excessive punishment including life imprisonment, with a minimum sentence of 18 months, for the mere possession of these accessories,” said the group.

The legislation, which would also ban most trigger cranks, provides no “pathway to legal ownership,” for the devices and no ability for current owners to sell them, said the gun owners group. The group previously criticized lawmakers for taking a vote before even holding a public hearing.
Almost all “terror” plots are created by the FBI as part of its business model.
They created Vegas shooting just to get our guns!
What is next?

This is just the beginning. So when a criminal breaks into your house in the middle of the night and he’s armed and you end up shooting him. They will probably come in and search your house for extra ammunition. When they find it the will confiscate it and throw you in jail. You end up being the bad guy. 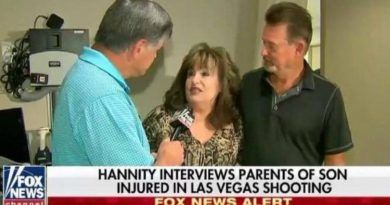 Liberals, Livid! Hannity Asks Parents Of Vegas Victim About Trump , What They Said Next Will Make You Cry Tears Of Joy! (Video)