President Joe Biden on Monday arrived in Tel Aviv, Israel, for the opening leg of his first visit to the Middle East since taking office in January 2021.

Of course, this is Biden and his predator skills are well known.

He used the occasion to hit on a female servicemember by asking her why he isn’t going with her!

With Biden excited about the female service member his other functions were not available so he asked what do and looked lost again!

Speaking at a welcome ceremony, Mr. Biden said it was “an honor to once again stand with friends and visit the independent Jewish state of Israel”.

But his speech was interrupted by another blunder:

Mr Biden recalled how on his first trip to the country in 1973, he’d met then-Prime Minister Golda Meir and one of her aides, future prime minister Yitzhak Rabin, and stressed that he’d had the honour of meeting every Israeli head of government since then.

“I’ve known every single prime minister and it’s been an honour to form strong working relations with each of them,” said Mr Biden, who added that this visit is his 10th trip to the country.

“Every chance to return to this great country, where the ancient roots of the Jewish people date back to Biblical times, is a blessing,” he said. “Because the connection between the Israeli people and the American people is bone deep”.

Mr Herzog, the Israeli president, welcomed Mr Biden, whom he called “our brother Joseph” to the country, and said the US leader is a “true friend” of the Israeli nation.

“Like the biblical Joseph. You are both a visionary and a leader, committed to advancing the United States of America, the Middle East, the world at large and the State of Israel,” he said.

Mr Lapid noted that Mr Biden had once described himself as a Zionist.

“You said that you don’t have to be a Jew in order to be a giant Zionist and you were right,” he said. “And in your case, a great Zionist and one of the best friends Israel has ever known”.

All Eyes On Her! Melania’s Royal Red Dress Will Make Liberals Drooling

Report: Jill Has Been Asking If There’s A Process To Remove A Sitting VP 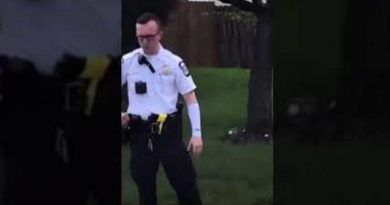 Breaking: A 15-Year-Old Black Girl Has Been Shot And Killed By Police In Columbus, Ohio – Crowd Is Starting To Show Up (Videos)

The two absolute dumbest most brain dead feckless inept incompetent
least self aware incapable morally bankrupt and totally clueless persons on the
entire planet are now president and vice president (at times senile Biden
isn’t sure which is which) running this country, all due to a rigged
election.

Since Chuck U. Schumer called out Justice Kavanaugh by name and said, “I want to tell you, Kavanaugh, you have released the whirlwind and you will pay the price, you won’t know what hit you” Maybe he should be investigated to see if he has any ties to the left-wing nut case that went to Kavanaugh’s home to assassinate him.The loss of Justice Kavanaugh from the Court would be a gain for slimy democRATs and Chuck U. Schumer. It would not be a surprise if Nasty Pelosi is in on it as well.
Will we see a hearing and investigation of Chuck U. Schumer and Nasty Pelosi?

ALL ELECTIONS ARE “RIGGED”.
WAKE UP.

AWAITING FOR APPROVAL.
BECAUSE WE NEED TO APPROVE OF WHAT YOU SAY.
ANYTHING TRUTHFUL = REJECTED.