Some people think they can ignore the laws of this country and set themselves up in positions of power above their subjects because they don’t consider people they represent as citizens they consider them too ignorant to think for themselves.

California Gov. Jerry Brown signed a legislation last week That is strange even for California.

Health care workers who “willfully and repeatedly” decline to use a senior transgender patient’s “preferred name or pronouns” could face punishments ranging from a fine to jail time under a newly signed law.
From FOX News:

The bill itself is aimed at protecting transgender and other LGBT individuals in hospitals, retirement homes and assisted living facilities. The bill would ensure those facilities accommodate transgender people and their needs, including letting them decide which gender-specific bathroom they prefer to use.

“It shall be unlawful for a long-term care facility or facility staff to take any of the following actions wholly or partially on the basis of a person’s actual or perceived sexual orientation, gender identity, gender expression, or human immunodeficiency virus (HIV) status,” the bill reads.

The law states that if provisions are violated, the violator could be punished by a fine “not to exceed one thousand dollars” or “by imprisonment in the county jail for a period not to exceed one year,” or both.

Wiener’s office noted that violations for residential care facilities under existing law rarely resulted in criminal charges, especially for minor violations. Criminal penalties are meant more for violations that expose a patient to risk of death or serious harm, his office said.

Governor Brown has to be completely incompetent. How in the hell is he the Governor of anything! The rhetoric coming out of that state is insane, that cannot possibly be the will of the people there!

California is soon going to be full of bankrupt ghost towns. And the rest will deteriorate in floods and mudslides because they have squandered money on illegal immigrants that should have been used to upgrade infrastructures. The idiot libs asked for this but it’s really sad for the good people of California, and there are many. They’ve just been overshadowed by coastal pockets of wealthy liberals, spearheaded by Hollywood creeps.

Do you stand against this law? 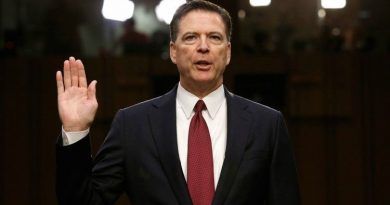 LEGAL EXPERT: There Is Probable Cause Comey Committed Criminal Espionage – Punishable by 10 Years in Prison 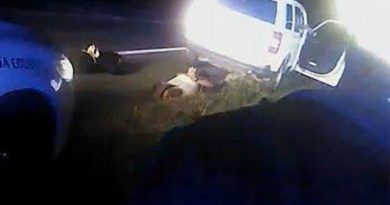 he has lost his mind if he ever had one. He is driving California to bankruptcy while he and the Dem’s live I royalty .
Dump the ass hole , sooner than later.

I don’t understand this *Breaking News*

1st – who is Wiener? and where is his office?
2nd – what does any of this have to do with HIV status?

There is a whole lot of nothing going on in this. Who wrote this? Proofreading is always a good idea before allowing these things to be posted.

WHAT are you trying to tell us?

Does he know what gender it is. NUT is not a gender but stupid is a CALIFORNIAN.

We did not have these problems before THE DUMBASS CAN OUT OF THE WOODS. WITH obama,his great legacy was to decide what restroom gays and queer could use in eight years. I wonder what restroom him and michele used.I bet he sat while she stand.

Fortunately I believe that Pres. Trump got rid of unisex bathrooms. Liberals is as liberals does. Big government does not benefit any state of the union at all just big gov’t! Liberals love big government this gives them power and then some.

Let these assholes pull down their pants and they’re either male or female!!!!! There are no other genders!!!!!

When Jerry.Brown Dies and meets his maker “yASHUA” How Is He Going To Tell Him He’s Politically Correct or Incorrect, NOT

This isn’t an infringement of the first amendment, but the law is stupid since using the correct pronouns should remain a courteous gesture and not an obligation with fear of jail time.

Its insane while he state is reeling from burning started by a illegal alien he is what? crazy runs the show in Cal.

This Gov. Brown is a piece of art that is stranger than Picasso’s. What if he uses the wrong pronoun will he go to jail? Or will he play the liberal double standard? Time will tell. Remember he asked Pres. Trump for over $7billion to take care of the fire damage but after Pres. Trump was recently elected he claim, Gov. Brown, that Trump was not his president. Then who is his president? Santa Claus?