On Wednesday, Cowboys Owner Jerry Jones’ said that the players will be required to stand on the field during the playing of The Star-Spangled Banner.’ ‘

Our policy is you stand during the anthem, toe on the line,’ Jones said in a press conference in Oxnard, California, where the Cowboys will training camp tomorrow.

“As far as the Dallas Cowboys, you know where I stand, the team knows where I stand. Our policy is you stand during the anthem, toe on the line.”

This is why on Friday, President Donald Trump praised Jerry Jones.

Trump tweeted: “Way to go Jerry. This is what the league should do!” along with a link to a Fox Business story that referred to Jones having said that Dallas Cowboys players must stand for the national anthem.

And now, another team has “seen the wisdom”. It looks like Denver Broncos is following Dallas Cowboys’ exapmple.

Denver Broncos cornerback Chris Harris indicated on Friday, that his team is “on the same page” when it comes to standing for the “Star-Spangled Banner”:

“I think right now the only thing I can speak of is what my team is doing, what the Denver Broncos are doing, and as of now, everybody is on the same page. Everybody, from talking to all of the guys, will be out on the field standing. We’re going to work as a team and try not to have anybody doing their own thing this year.”

Good start! Am I foolish enough to believe ALL teams will follow suit? NOPE! Looks like a few of the players recognize that football is a team sport and there is no “I” in “TEAM”! There IS NO ROOM FOR INDIVIDUALS on the field or on the sideline!

Unfortunately, the NFL took the joy out of football by making it political, and I will NEVER feel the same about football again! The kneeling players certainly have not accomplished anything positive from their actions. All they did was creating animosity towards the NFL for hijacking the national anthem, advocating for criminals who make a living by taking advantage of law-abiding citizens. And one thing they have accomplished is that the NFL lost a lot of money!!

Also, if you ask me, choosing to stand now isn’t good enough!
Americans deserve an admission of wrong-doing, a sincere apology, a promise to not do it again, and complete condemnation of those who do. 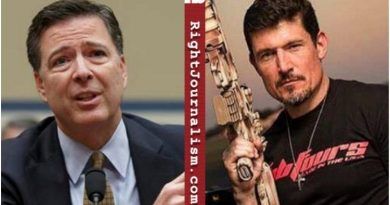 Fotball as a sport was the joy of my life for over 30 hrs. Then some nincompoop thought it cute to kneel when my whole family of soldiers from Korean War to now put their lives on the line. And he was an entitled rich kid with a huge income. I stopped watching an supporting their sponsors. I will watch those who honor my precious country. Kneel somewhere else. You get paid big bucks for this sport. Its your job. If I had done that on my job I would have been fired. Its taken the joy out of it all. I found I got more things done an enjoyed the quiet then being angry all the time at millionaires who had no right to treat their country their fans an their sponsors with such disdain for a sport that used to give us relief from every day worries.