The Coronavirus will pass but losing our freedom is something that we will regret.
The criminals are being released from prison and being replaced with peaceful, law-abiding citizens who dare go outside.

Last week, Dr. Michael Ryan, a leader at the World Health Organization, announced that in response to the spread of this virus, authorities may have to enter people’s homes and remove family members, presumably by force.

Dr. Michael Ryan, executive director of the WHO Health Emergencies Programme: In most parts of the world, due to lockdown, most of the transmission that’s actually happening in many countries now is happening in the household at a family level.

In some senses, the transmission has been taken off the streets and pushed back into family units.

Now, we need to go and look in families to find those people who may be sick and remove them and isolate them in a safe and dignified manner.

We don’t know about third world countries but in Britain, we had the first case where the police entered a man’s home and broke his door.

In the recording, which went viral online, the officers appear to forcibly enter his house after he refuses to open the door over coronavirus fears.
Partial transcript and video:

“Listen to us. We’ve had a call — because we wouldn’t have come otherwise — there might be something going on here. So we need to double check,” announced a female police officer as she entered his home. “I appreciate you saying about social distancing so I’m keeping the distance…”

“We need to check the rooms to make sure nothing’s going on,” she replied.

As the officer approached the man, he yelled, “Stay away from me!” before repeatedly asking why they were in his house.

“I just explained to you why I’m here. We’ve had a call that there’s a disturbance,” she explained.

“What, so you kick my door in?” the man asked, prompting the officer to respond, “Should you have opened the door, we’d have explained that to you.”

The exchange heated up as the man said, “No, I told you why I wouldn’t open the door is because of what is going around. This virus. Now f*ck off and get out of here.”

“We’re just looking…” added a male officer, prompting the resident to shout, “Have a look di*khead.”

As the officer looked around an empty house, the resident commented, “Nothing going on here is there?” before asking why they kicked his door in.

“You’re f*cking pathetic! Get out of here! You’re an absolute disgrace, haven’t you got nothing else to do? You put my f*cking door through,” the man continued to shout. “Get out. F*cking pig. What, 20 grand a year to be a f*cking nobhead? F*ck off. Get out of my f*cking house. Get the f*ck out… Bye! Bye!”
Video below:

GRAPHIC: Police smashed a residents door in looking for 'social gatherings'. The police are out of control. These Police should be prosecuted for criminal damage and abuse of power. Got given a right serve. #CoronaPolice #CoronaCops pic.twitter.com/QbJKDWPdFT


WELCOME TO POLICE STATE
Let’s not forget if this happened in Britain it will happen in our country too, but in our case we own a lot more guns.
You guys know I typically don’t post expletive slinging. I generally see it as a lack of anything more intelligent to say. But had this happened in America, specifically in my house, it would have been the last thing they heard other than the BOOM!

WATCH: This Democratic Lawmaker’s EPIC MELTDOWN Over A Speeding Ticket Will Make Your Day (VIDEO) 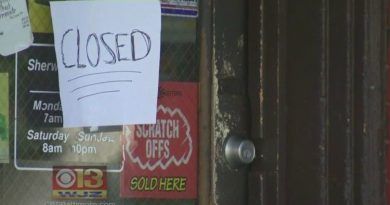 The officers are lucky to be alive. They need to answer to more than the Democrat politicians who want us all dead anyway. We will defend ourselves with Deadly Force from all Tyranny. Hope the Democrats realize before it’s too late.