We all remember when President Trump said that he will not interfere with the investigation by Justice Department special counsel Robert Mueller or try to fire the former FBI director.

I think that was a huge mistake because Robert Mueller himself is a man who represents the corrupt Democrats and his only mission is to destroy President Trump!

Today President Trump decided to do the same!

In a period of twenty-five minutes, the president posted four long tweets. Since 9AM on Sunday morning, the president has posted six tweets that relate to the Russian investigation and deflections about Hillary Clinton’s campaign.

Things are really getting ridiculous. The Failing and Crooked (but not as Crooked as Hillary Clinton) @nytimes has done a long & boring story indicating that the World’s most expensive Witch Hunt has found nothing on Russia & me so now they are looking at the rest of the World!

….At what point does this soon to be $20,000,000 Witch Hunt, composed of 13 Angry and Heavily Conflicted Democrats and two people who have worked for Obama for 8 years, STOP! They have found no Collussion with Russia, No Obstruction, but they aren’t looking at the corruption…

…in the Hillary Clinton Campaign where she deleted 33,000 Emails, got $145,000,000 while Secretary of State, paid McCabes wife $700,000 (and got off the FBI hook along with Terry M) and so much more. Republicans and real Americans should start getting tough on this Scam.

What ever happened to the Server, at the center of so much Corruption, that the Democratic National Committee REFUSED to hand over to the hard charging (except in the case of Democrats) FBI? They broke into homes & offices early in the morning, but were afraid to take the Server?

….and why hasn’t the Podesta brother been charged and arrested, like others, after being forced to close down his very large and successful firm? Is it because he is a VERY well connected Democrat working in the Swamp of Washington, D.C.?

The previous evening, Trump had been tweeting about the FBI’s infiltration of his presidential campaign with an informant.

If the FBI or DOJ was infiltrating a campaign for the benefit of another campaign, that is a really big deal. Only the release or review of documents that the House Intelligence Committee (also, Senate Judiciary) is asking for can give the conclusive answers. Drain the Swamp!

Do you agree with President Trump? 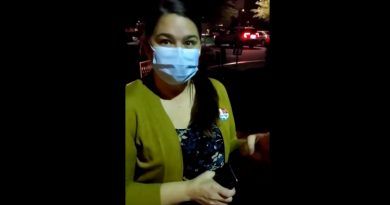 Video: Voters Complain About Alleged Voter Fraud In Arizona After Poll Workers Gave Them Sharpies Instead Of Pens – But Is This Is A Voter Fraud?

Drain the swamp and yes get rid of robert mueller and his investigation. It’s stupid and needs to stop. All its doing is costing the tax payers money, and going into the crooked pocket of robert muelller. You go President Trump!

Hell Yes I agree!!! Enough of this WASTE of Money !!

I agree with the President, this is an attack on a legally voted and seated President. The Mueller investigation should be stopped now and all of the Democrats involved be arrested and jailed.

Dear Mr. Deputy AG Rosenstein:
You would be fully aware of all facets of the Trump-Russia 2016 Election collusion if any. No collusion was discovered. And so, it would behoove the present Attorney General Mr. Jeffrey Sessions, Esq., to un-recuse himself now that there is no evidence of a Trump felony. You, however, Mr. Deputy AG, are complicit with Attorney Robert Mueller, Esq. in establishing a Special Council and appointed Mr. Mueller to that position.
It is known in public circles that Mr. Mueller is a close friend of former Dir. FBI, James B. Comey. When POTUS Trump fired Comey, Attorney. Robert Mueller can be seen as an extremely biased prosecutor. Mueller’s assignment, at the suggestion of Comey and its actual enactment, is, in my opinion illegal. Mueller’s investigation is a travesty of justice with the complete support of DOJ players. It’s a criminal conspiracy within the FBI.
I am aware that a Special Council is triggered by ongoing or previous criminal activity and is based on hard evidence that can be used to prosecute a felon. Yet Atty. Robert Mueller was made Special Council without any criminal activity performed by a felon and without any evidence. And then, to establish a Grand Jury for the prosecution, that is totally out of line with ethical justice and the Rule of Law. The complicit activity described in the body of this letter is the criminal activity, in my opinion. No, the Mueller investigation and Grand Jury is not a witch hunt. Rather it is a stronger term, a Vendetta.

Feel free to Cut and Paste for your own comments to DOJ.

Everyone, should never vote for
A democrat again. They are the
Enemy. Of the USA period
No more demacrats in office
Ever. Lets make them history
a thing of the past.