He was seen nearly slipping on the stairs of Air Force One on Wednesday.

The president, 79, was on his way to Illinois to discuss inflation when he was pictured almost falling up the stairs to the aircraft.

Biden, sporting his signature Aviator, quickly recovered before continuing to make his way to the plane’s door and flashing a thumbs-up.

It’s far from the first time he is seen almost falling as he attempts to board the presidential airplane.

The gaffe was reminiscent of last year’s tumble when he fell three times while trying to board the plane in Atlanta, with the White House later blaming strong gusts of winds for the president’s missteps.

Biden, who became the oldest American to be inaugurated as president when he was sworn in at age 78 in 2021, has sparked concerns over his health and his presidency has been marred with blunders and slips of the tongue.

In November, doctors found him “fit for duty,” but noted his “gait is perceptibly stiffer and less fluid” than it was in 2020, and said “significant spinal arthritis” was partially to blame.

The President’s frequent blunders have led to questions about his cognitive abilities and earlier this year 38 Republicans called for him to take a cognitive test.

Republicans have cited Biden’s alleged cognitive decline as the main reason for the current administration’s backtracking over the president’s other recent verbal blunders: first telling US troops in Warsaw, Poland, that they were about to go to Ukraine, before suggesting that the US might engage in using chemical weapons on Russia.

Biden’s off-script gaffes about Putin’s removal and the Russian invasion of Ukraine, have prompted critics to suggest Americans need to ‘invoke the 25th amendment’ to remove the commander in chief from office. 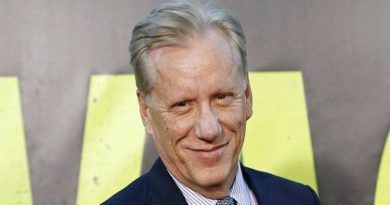 When does this dog and pony show end?????? The SOONER the better. We need a leader not a buffoon that the world laughs at!!!!!!

I can’t wait till the POS falls flat on his face!

Let me know when Brandon breaks his neck

Try looking under “Video below”:

Too bad he didn’t crack his head open and die, the evil son of a bitch.

I’m sooo tired, tired of waiting
I guess everyone is awaiting approval.

I wonder what happens if I’m approved?

therefore, this site is awaiting my approval.

ONLY TIME WILL TELL!

Maybe if some posters were “APPROVED!” there might be some comments.

I don’t approve this method of censorship.

i approve this site

I am accepted in the [B]eloved..

I don’t need no stinkin’ approvals!

He needs one of those chairlifts that take old hip-breakers up stairs at 1 mph. Save our traitorous coup d’état criminals for trial and punishment!

If you thought “2000 Mules” revealed a lot of truth about the election fraud, then this FREE 8 part documentary series “Propaganda Exposed” spills the beans on the Health and Pharmaceutical industries.

If you have friends and relatives that are still unaware of what is REALLY going on, how they are being deceived and brainwashed, then get them to watch it ! Trailer and more details here ; https://go.propaganda-expos…