If you remember Rosie O’Donnell, Debra Messing, Ed Asner and Michael Shannon are among the dozens of artists, entertainers, and activists who have attached their names to an effort calling for a protest to stop President Donald Trump. “No! In the Name of Humanity, We Refuse to Accept a Fascist America!”

Rosie went one step further and compared the September 11 terrorist attacks with Trump victory in the presidential election!

Today she came with another made up story!

Chris Cuomo Interviewed Rosie O’Donnell today about her Protest Against Pres Donald Trump, Russia Election Meddling & Why the people should fight against his Presidency

O’Donnell, who hosted an anti-Trump rally in Washington, DC earlier in the evening, insisted to CNN anchor Chris Cuomo that the only reason Trump draws such big crowds is that he pays them to be there.

“People are paid, Chris,” she claimed. “We know that. People were paid since he went down on the escalator. He pays people to show up at those rallies.”

“But I don’t know that that’s why he gets tens of thousands at the rallies,” Cuomo asserted. “I think he captures a lot of emotion for people.”

O’Donnell argued that Trump does not get “tens of thousands” of people to show up to his rallies, another claim Cuomo sought to debunk.

“Rosie, I’ve seen them. He gets big groups of people to come out. He gives themes that resonate,” Cuomo said.

Rosie is full of you know what. She is low class and illiterate if she did her homework over the years politically she would know what is going on in our economy, workforce, taxes, security, military, immigration, borders, strengthening our ties with other countries leaders, trying getting for us to clean the swamp, and getting rid of sanctuary states.

We all that know most Americans hate her and will never watch anything she is in. Sorry, Rosie but you must have the talent to get back on TV. You have none, bashing Trump is not a talent.
Even fake news host face her with the brutal reality!

Share if you think that Rosie is just full of lies! 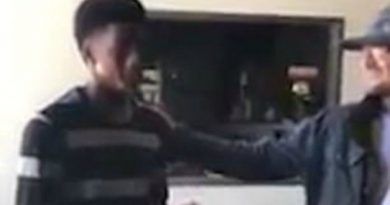 No, No, No, Rosie, we Americans, who love this nation, totally refuse to submit to your brand of George Soros socialistic liberal tyranny.

Carol Dugan
Reply to  John A

I agree with you John. She don’t even knows what she is talking about, what a fool

Rosie is the perfect example of what is reality and what is not reality, and what is not. There seems to be a huge vacuum between the two! So after living to a ripe old age, Rosie has gained zero wisdom and has learned nearly nothing from her life experiences. She truly appears to be a dim one after listening to this! And I am now THOROUGHLY convinced that there is nothing blocking traffic between her ears.

I don’t think even Trump would have that much money,!He has done way more than Obama has in his eight years. The only thing Obama did was target police and divide our communities!

Let’s talk about the liberal left, BLM, Antifa, the Democrat Socialist, and all the other anti American groups who are funded by George Soros.

Is she really that out of touch with Americans? She is nothing more than a Commack high school idiot. Trust me, I live on Long Island, the school turns out losers.

I thought rosie was leaving the country after trump won , just goes to show you if she was wanted in TV or Film she would not be bothered but apparently has nothing to do with her time so the only way toget any kind of attention is doing this, does she really want to leave in a socialist way she will end up with nothing.

Rosie, your hate is so ugly. We go to his rallies because we support him, and there are millions of us. You have become so pathetic with your hatred of President Trump, that I can’t even look at you wiyhout disgust!!!!!