Right after President Trump won the election, liberal designers threw hissy-fits and came out in droves to declare they would NOT dress FLOTUS Melania Trump.

It’s fair to note, she never asked one of these dummies to “dress her.”

They just felt the need to be unprofessional, small, mean, and political.

One of the worst offenders was designer Tom Ford, who not only refused to dress Melania (again, she never asked him to), he also is leading his own (pointless) “Trump Resistance.”

However, Melania is getting the last laugh.

Not only is she STUNNING — but the designers with their panties in a bunch are now having a change of heart about the gorgeous First Lady of The United States.

Can you really blame them?

Melania Trump is proving to the fashion designers who said they wouldn’t help her that dressing well is the best revenge.

The first lady’s trip to Saudi Arabia, the Vatican, Belgium, and Sicily — wearing mostly Dolce & Gabbana — was a fashion tour de force that has forced many naysayers in the rag trade to rethink.

But Melania has managed to look smashing in dozens of different ensembles, from her white Ralph Lauren jumpsuit on election night to the D&G 3-D floral coat she wore in Sicily on Friday.

Defending the former model against critics who harped on the garment’s $51,500 cost, the Washington Post’s Robin Givhan opined, “Frankly, the floral coat is beautiful.”

“There is a softening, a melting,” stylist Phillip Bloch told me. “Fashion people are fickle and fake. They are starting to see she is a beautiful woman who is married to the president, and it is an honor to dress her.”

Deliveries to Trump Tower have picked up. “Most days, the lobby is brimming with wardrobe boxes delivered for Melania,” a source told me. “Once she tries on the outfits and decides what she will keep, the boxes come back downstairs.”

Not since Jacqueline Kennedy has there been a first lady who needs less help.

“She doesn’t need couture. She can buy off the rack, and it looks beautiful,” Bloch said. “She knows her size, and she knows what works for her. She luxuriates in minimal.”

What do you think about this? Scroll down to leave a comment below.

Game Over For The NFL! President Trump Calls For The NFL To Be Stripped Of Tax Advantages 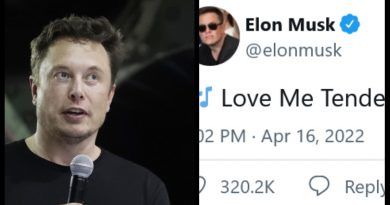 All of the designers that snubbed Our First lady can go to HELL… She’s one Beautiful Lady… And She Doesn’t need their HELP… Anything she wears, She makes it LOOK HOT…

Our First Lady is remarkable. She is beautiful in any thing that she wears. I am happy some of the so called designers are not used by her. Some of their designs are tacky and not classy enough for our First Lady Melania. So proud of you Melania you are a wonderful First Lady

She doesn’t need them. That women would look fabulous in a potato sack !