Since President Trump was elected we’ve all be waiting to see some arrests of the people who have misused the power they were entrusted with.
I was so happy when Sessions was appointed as AG. Since then I kept waiting for justice to be served on so many corruption issues from the last administration, but it never happens. No wonder President Trump is so angry with him.

Unfortunately, there should be little doubt that the Deep State operatives inside the DOJ and FBI are covering for the massive corruption of the Obama administration and other high-level bureaucrats that if exposed would send the entire Washington establishment into a downward spiral from which they would never recover.

On Saturday night, Jason Chaffetz, former Chairman of the House Committee on Oversight and Government Reform, appeared on Judge Janine Pirro’s show. During the interview, he explained to her why Barack Obama and Hillary Clinton appear to remain untouchable.

Chaffetz said: “I can tell you that while I was in Congress and the Chairman of the Oversight Committee, I did go over and visit with Attorney General Sessions and it was one of the most frustrating discussions I had because whether it was the IRS, Fast and Furious, the email scandal that we went through, I did not see the Attorney General willing to just let Lady Justice administer justice and then follow through. I understood maybe the last six months of the Obama Administration…”

On a question from Judge Janine if Sessions ever said ‘he was presenting anything to a grand jury,’ Chaffetz answered: ‘No, he basically let me know he wasn’t going to pursue anything on the major cases.”

Judge Janine aked Chaffetz: “So IRS, on the major cases? Are we talking about Hillary Clinton, because I haven’t even gotten to her yet?”

Chaffetz: “Yes, the email scandal of Hillary Clinton. We had Bryan Pagliano. I issued a subpoena for him to appear before the Committee and he said “No”. He didn’t even show up. We issued another subpoena. The US Marshals served it. And you know in my world, if you’re in court, I guarantee you that a subpoena is not an optional activity. We wanted the Attorney General to prosecute him and he said No.”

This is another betrayal of America and further proof the elite is maintaining a double prong justice system to protect itself.
If this is true, Jeff Sessions must go. Sessions has turned his back on the most important matter that voters wanted to be prosecuted. All the corruption should be investigated and prosecuted.
Sessions, the American people are disappointed in you and the people of Alabama are very upset. Shame on you!!!

So you think should Sessions be fired? 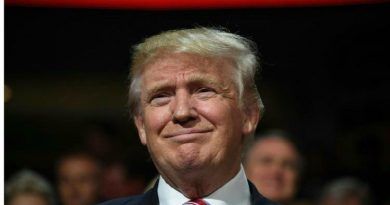 Report: Trump’s Payroll Cuts At White House Might Save Up To $22 Million For American Taxpayers

Video: Doctor Jeffrey Barke Disputes The Nationwide Coronavirus Shut Down – What If The “Experts” Are Wrong?

JUstis for all including. The Ag. Will happen one day. The Gates of Hell will open. Mark these words

All you of little faith. There is so much background and proof to obtain, and hopefully no witnesses who can be suicided, before a grand jury can be convened. With over a thousand outstanding indictments without names now listed in the district courts all over the country I have no doubt one each will have a name we recognize and have hope would be held accountable. Remember, Al Capone could never be caught or charged for his real crimes, but when tax evasion was discovered he spent the rest of his life in prison.
Time will tell. I don’t think it will be that long. I think Trump is promising us all a very Merry Christmas.