Antifa has seen a steady increase in media attention ever since President Donald Trump was first inaugurated in January 2017. They often portray themself as a highly organized group of “terrorists” worthy of national watch lists.

The right blames Antifa members for rioting and looting. Democrats haven’t condemned such violence and many on the left say the rhetoric about Antifa is greatly exaggerated, and that it’s less of an organized movement than just something of “an idea.”

Joe Biden, during the first presidential debate on Tuesday, dismissed Antifa as “an idea” when asked to condemn left-wing violent extremism – but that claim is highly disputed by Republicans and some who have covered them up-close, including the White House.

“Antifa’s an idea, not an organization,” Biden said during the debate in Ohio. “That’s what [Trump’s] FBI director said.”

On the other hand, during his term as President, Donald Trump introduced a plan that would designate Antifa a terrorist organization.

Antifa has been behind violence and riots for years, with the group tracing its roots back to Portland, Ore., in 2007, but has been behind a surge in violence in cities across the country during the summer in places like Portland, where the federal courthouse was besieged by left-wing radicals for months.

Attorney General William Barr told CNN: “I’ve talked to every police chief in every city where there has been major violence and they all have identified Antifa as the ramrod for the violence.”

This job, in particular, will be RECRUITING CHILDREN from High School-Elementary ages.
Their job offer states:

Full-time · $50,000 – $80,000 / year
Williamsport, Pennsylvania
Posted 3 days ago
Job Description
We are a growing non-profit dedicated to advancing equality and other social causes. Our ideal candidate for Chief Recruitment Officer would be a motivated self-starter with experience in social justice, non-profits, and similar sectors. You will work with local school districts to recruit children from high school age down to elementary level. EEO. 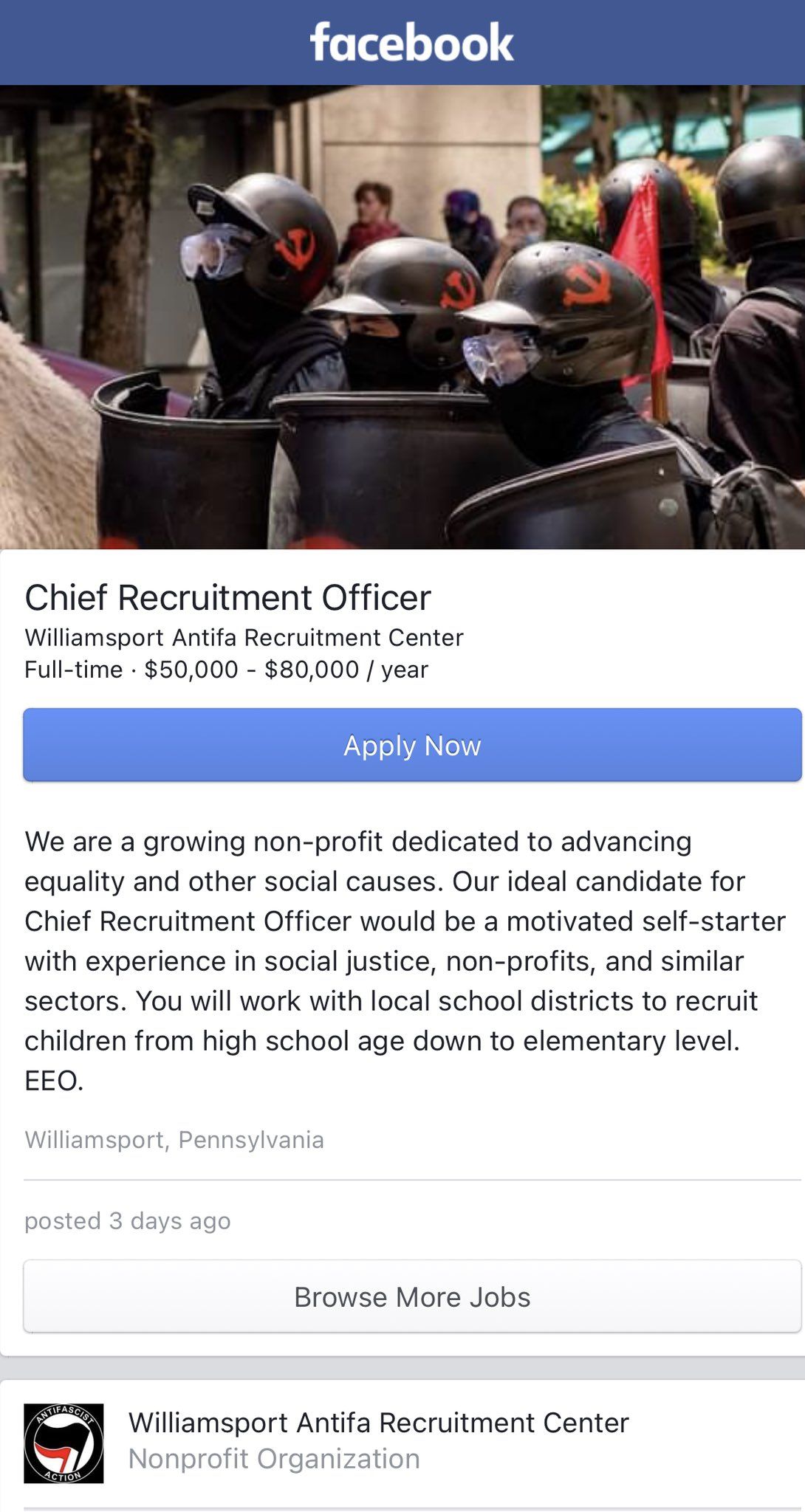 A link to the FB ad.

We did a little research on the page is really small with only 19 likes and its first post was on January 23th.

So the question remains why is this job offer and page still on their platform when we all know Antifa and their radical views? 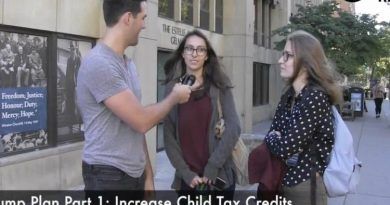 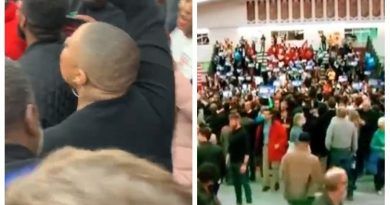 Video: Biden’s Adviser Got Knocked Down Last Night At A Rally In A Half Empty High School Gym