Now… more proof the Abedin family is a criminal syndicate also. Keeping it in the family…

On Tuesday, 44-year-old Omar Amana, a cousin of Huma Abedin who did a half-billion dollar deal with a man known as the “Russian Donald Trump” was convicted of fraud. The indictment charges that Amanat convinced people to invest millions of dollars in a tech company called Kit Digital and lied to them to hide the fact that the company was hemorrhaging cash. The judge ordered him jailed immediately, saying he had demonstrated a “disdain for the courts and legal process” and was a flight risk.

Via The Daily Caller: “Court documents also depict him trying to destroy potential evidence, saying he emailed his brother to “delete all of my emails from the yahoo site,” expressing “concern about them subp[o]ening yahoo at some point,” while concocting other fake documents to show the jury.

Jurors were barred from hearing a recording of a phone call in which Omar Amanat dropped the name of Abedin, Hillary Clinton’s right-hand woman, to a government witness, with defense lawyers saying the remark was “irrelevant and unfairly prejudicial,” according to the Associated Press.

“The evidence of their criminal schemes was so overwhelming that Amanat actually tried to fool the jury by introducing fake emails into the record as exculpatory ‘evidence’ in this trial,” acting Manhattan U.S. Attorney Joon H. Kim said in a statement. Prosecutors said he re-purposed millions of dollars of the company’s money for his own personal use.
Amanat posted to his website Tuesday a cryptic blog post called “Injustice In America,” saying, “The facts of this case will all be made plain to see shortly. You’ve only seen snippets. You’re only seen what they want you to see. Stay tuned…”

It was just the latest in a long series of allegations that Amanat has built his riches by lying and gaming the system.

In 2013, Amanat partnered with Vladislav Doronin to buy a luxury resort for $358 million.

An in-depth 2014 profile in Fortune magazine says Doronin is “referred to in the British press as the ‘Russian Donald Trump.’” Dorinin was born in what was then Leningrad before moving to Geneva to work for Marc Rich, a financier who fled the U.S. after being indicted for fraud and trading with Iran, and was pardoned by former President Bill Clinton on Clinton’s last day in office.

“Clinton’s motive for pardoning Rich on his last day in office was questioned,” USA Today reports, “because Rich’s ex-wife, Denise Rich, was a wealthy Democratic donor who made a $450,000 donation to Clinton’s presidential library foundation and more than $100,000 to Hillary Clinton’s Senate campaign.” The pardon was investigated by the FBI in 2001.

After working with Rich, Doronin, with a supposed penchant for sexual jokes, returned to Russia and accumulated billions of dollars of Moscow real estate.

Amanat, for his part, claimed he made more than $200 million selling shares of Twitter. (An account purporting to be his hasn’t tweeted since 2013; its most recent two tweets are about Abedin and a “defense of Islam.”)

Amanat invested in the resort through Peak Ventures, “whose assets include his money as well as that of family and friends,” the Fortune profile reports.

But as in past ventures, problems soon emerged. In 2014, Doronin called Amanat a “serial swindler” and said he forged signatures on documents dealing with millions of dollars.

In 2008, the Financial Industry Regulatory Authority (FINRA) had permanently barred Amanat “from associating with any FINRA member firm in any capacity” for repeatedly failing to disclose legal judgments and an SEC investigation.

In 2002, he sold a company called Tradescape for $100 million to E*Trade, which charged that Amanat hid that before it was sold, the company had “no money! Zero. Zilch. Nada… We can’t pay any of our bills,” as one employee wrote in a contemporaneous email, according to the Forbes piece.

He declared bankruptcy and a creditor tried to seize his house, but Amanat allegedly backdated a document –notarized by his mother–claiming he had sold the house to his brother for $10 the prior year. The creditor prevailed and the house was sold.

In another court case, the judge found that he had refused to comply with six court orders to produce documents.

Amanat will be sentenced April 25. Another cousin of Abedin’s, Irfan Amanat, has been also charged with fraud and will be tried separately. He, too, has a long record of flouting rules: In 2006, the Securities and Exchange Commission said as chief technology officer of a brokerage, he “engaged in a fraudulent scheme” by writing a computer program that tricked the Nasdaq exchange into giving him $50,000 in rebates.

Huma Abedin was vice chair of Hillary Clinton’s presidential campaign and her deputy chief of staff at the Department of State. She was paid at least $490,000 in one year while she worked at the State Department after Clinton signed off on an unusual staffing arrangement that allowed her to work as a consultant to Teneo, a Clinton-connected company, as well as the Clinton Foundation and Hillary herself, all while also working at State. The Washington Post reports, “her overlapping roles make it diﬃcult to determine when she was working for the public and when her work was beneﬁting a private interest.”

More corruption from the Clinton and Obama. Keep them coming. More convictions. This may take a while but we are patient.

It will take more than one election to drain the swamp… Stay vigilant Trump supporters… Go to the polls in 2018 and 2020 and send Trump help! 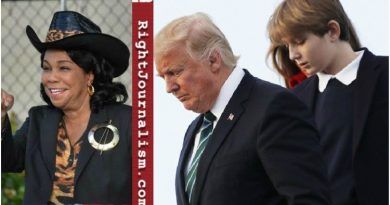