The streets outside a bar in a small town in Texas became the scene of a heated confrontation between people protesting a ‘family-friendly’ drag show hosted by the establishment and defenders of the event, some of whom were armed.

The protesters accused the bar of “grooming children” by exposing them to sexual content, as they gathered to protest the show last Sunday. But according to reports from the scene on social media, they were outnumbered by activists from the opposite camp, who dismissed the demonstrators as ‘bigots’ and ‘transphobes’.

A “kid-friendly” drag brunch for all ages was guarded against protests by armed Antifa militants carrying AR-15s. The drag event was held at the Anderson Distillery and Grill in Roanoke, Texas.

At least some of the defenders of the show were armed, and were reportedly members of Antifa. They were presumably there to offer security for the patrons, performers, and the business.


Video from the heated confrontation below:

Protestors outside the event were spat on and confronted by activists who support “kid-friendly” drag brunches.

Footage shared by conservative political commentator Sara Gonzales shows drag queens in flashy costumes dancing on tables and collecting money from the audience. Gonzales said there were about 20 minors present.

She also confirmed that local people will get ready and be more organized for the next drag show!

Passions apparently raged on both sides, as seen in footage from outside the bar. At least one woman expressed her anger at the protesters by flashing her breasts as she drove away.

Another Child Drag Show was hosted in Texas, this time in @CityofRoanokeTX—

Over 20 children were in attendance and multiple teachers.

Here’s a recap of the event:

A woman attending “family friendly” drag brunch in Roanoke, TX argues with protesters and exposes her breasts with her child in the car.

Same mother seen outside the venue with her son, hanging all over him and trying to kiss him while he pulls away.


The controversy was triggered by the owners of the Anderson Distillery and Grill, a family-owned business in Roanoke, Texas, who said they welcome “all types of booze and all kinds of people” when they announced the event, the ‘Barrel Babes Brunch’, a few weeks ago. The bar suggested that patrons who don’t enjoy drag shows could visit some other day.

The scheduled performance apparently faced some pushback in the town of around 9,000. Roanoke City Manager Scott Campbell told the Dallas Express that the bar had no permit to operate a sexually oriented business, so the show could be in violation of local regulations.

Upon learning of the event, Protect Texas Kids, founded by Kelly Neidert, organized a “pop-up protest” outside the venue.

In response, Antifa organized its members to support the drag event. According to The Post Millennial’s editor-at-large Andy Ngo “The local chapter of the John Brown Gun Club, an #Antifa militia linked to domestic terrorism, led the call to direct action.”

Kris Cruz from Blaze TV reported that Antifa was placed strategically during the “kid friendly” drag show and “was armed like snipers on the 3rd floor of the parking garage.”

WATCH: Thugs Attack Man On A Parking Lot… Have No Idea His MMA Friend Is About to Take Them All DOWN 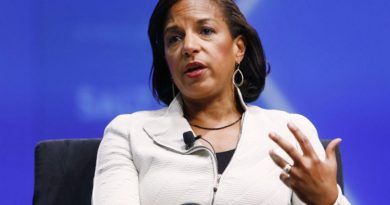