Many fact-checkers were quick to deny the rumors that people were burned alive in Wuhan funeral homes, but the latest report that comes from Radio Free Asia picture a different story a story where the CCP is exposed and it’s not protected.

The long lines and stacks of ash urns greeting family members of the dead at funeral homes in Wuhan are spurring questions about the true scale of coronavirus casualties at the epicenter of the outbreak, renewing pressure on a Chinese government struggling to control its containment narrative.

The families of those who succumbed to the virus in the central Chinese city, where the disease first emerged in December, were allowed to pick up their cremated ashes at eight local funeral homes starting last week. As they did, photos circulated on Chinese social media of thousands of urns being ferried in.

As Taiwan News reported On Feb. 24, a group of overseas Chinese students which calls itself Youth Production (少年譯製) uploaded a video of a Chinese woman approximately in her 60s sharing her traumatic experience surviving a stay in a Wuhan hospital while infected with the novel coronavirus (COVID-19). In the video, titled “Burned Alive,” a woman wearing a surgical face mask and speaking with a heavy Wuhan accent tells her harrowing tale to a taxi driver who is covered from head to toe in protective gear.

She starts by saying that she was in bed number 18, when another patient, a male in his 70s, was admitted on the morning Jan. 28 and stayed in bed 17. She said that by that afternoon, a team from Tianjin had arrived and found that the patient was having difficulty inhaling.

RFA quoted a source “close to the funeral industry” identified only as Ma who said that he had heard reports of “people restrained and forced into body bags when they were still moving.”

“Some people are saying that … there are video clips of screams coming from funeral homes, from inside the furnaces … which tells us that some people were taken to the funeral homes while they were still alive,” Ma added.

Ma also noted the existence of video testimony from an anonymous older woman who had been treated at a Wuhan hospital, presumably for Chinese coronavirus.

“One old lady was saying that they put one guy into … a body bag when he wasn’t even dead yet, and took him off to the crematorium because there was no way of saving him,” Ma told RFA.

Video of an older woman speaking anonymously to a camera began circulating on social media in February in which she said she witnessed a patient next to her at a Wuhan hospital stuffed into a body bag while still alive.

“He’s not dead, his feet and hands are still moving,” the woman says, “[They] wrapped him in a plastic body bag and zipped it up.”

According to New Tang Dynasty, a broadcaster affiliated with the persecuted Chinese Falun Gong movement, the woman spoke with a Wuhan accent, suggesting she was a native of the central Chinese city.

The woman said she felt older patients at the hospital were treated “like dead dogs.”

Neither Taiwan News nor RFA could independently confirm the reports of Wuhan residents being burned alive.

The Chinese Communist Party claims that, as of Tuesday, it has documented 82,718 cases of coronavirus nationwide and 3,335 deaths across the country. The vast majority of these, 3,212 deaths, were recorded in Hubei province. Wuhan is the capital of Hubei.

The question should we trust the CCP? 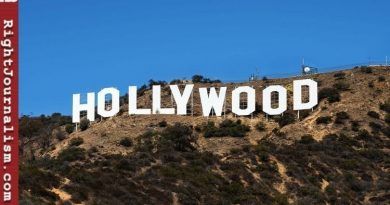