Violent protests erupted for a second night in Minneapolis on Wednesday over the police killing of George Floyd, a black man who was seen on video pleading for medical assistance on the ground as an officer placed a knee upon his neck while detaining him.

But the intention of some “protesters” or should I say, looters had nothing to do with police brutality!

There was a video of one man down on the ground being treated by police outside of a business last night. The man was reportedly shot after trying to loot a pawn shop.
Though few details have yet emerged about the murder – the first casualty linked to the riots – a number of unconfirmed reports, including from bystanders on the scene, suggest the man was shot while attempting to loot a pawn shop in the city on Wednesday night.
Video below:

Also it safe to say that they completely destroyed the city and especially the black neighborhoods!

Nothing says 'justice' like burning down a Target, stealing lamps, and beating elderly women in wheel chairs.
This really does not inspire sympathy for your cause when America was already with you. #minneapolisriots#BlackLivesMatter #MAGA#thursdaymorning #ThursdayMotivation pic.twitter.com/g1n0YvFKQU


“That’s like five buildings on fire,” one demonstrator said while talking to Unicorn Riot News.

The way this isn’t the beginning of a movie but real life 💀 #Minneapolisriots pic.twitter.com/alvzPoFXA8

Buy the real picture came in this morning and the city looks like it went to a civil war and not a two-day protest against police brutality.
WATCH:

this is what our world has come to. it should’ve never needs to be this way. my heart aches. #BlackLivesMatter #minneapolisriots pic.twitter.com/HsIL673lwU

Morning after the protests and riots in Minneapolis of the police killing George Floyd. It’s eerie pic.twitter.com/UVF2ltmL7E

Damn. These visuals from #minneapolisriots are sad and scary. The place looks so deserted. pic.twitter.com/g8jWpQ9qaC


The electric power was out too:

Few protesters left. City is cleaning up and police are rebuilding. Power has been out for most of the morning pic.twitter.com/cac7QeBV54


These people should be called a “mob of protestors”!They are anarchist criminals seizing on yet another opportunity to help themselves to the spoils of someone else hard work. This has nothing to do with “racism” and everything to do with an unbridled criminal assault on the citizens of Minnesota.

It seems the media puts a spotlight on stuff like this every election year. for 2016 that’s all we heard about was race, racism, and police brutality. Then after the election, it was nothing even though certain situations still happened. Black lives matter seemed to disappear from the planet for those four years. 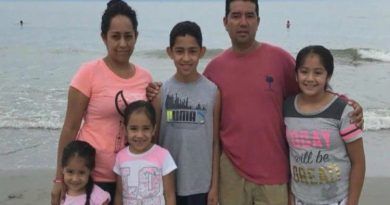 ILLEGAL Alien Leeching Welfare for 20 Years in U.S. Gets Deported to Mexico After She Was Caught Driving Without a License (Video)

A Former Jacksonville Jaguars Fan Decided to Send a Stunning Message To The NFL From 1,000 Feet Above 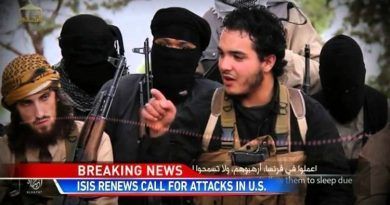