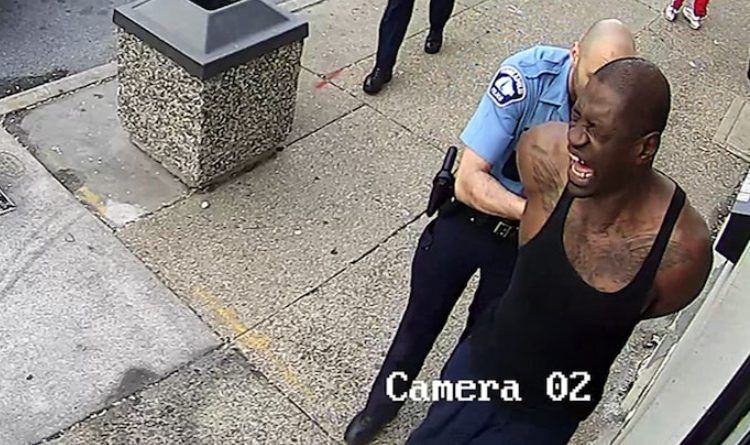 Yesterday a video surfaced from George Floyd as he was pinned down by a cop and later died.

It happened Monday night, when cops were responding to a “forgery in progress.” Police arrived and saw the suspect sitting in a car. According to the Department, the man resisted arrest so he was placed in handcuffs, adding “he appeared to be suffering medical distress.”

This has caused tensions around the country and things are not looking good.

The Minneapolis Police Department first requested an independent investigation by the Minnesota Bureau of Criminal Apprehension, and later contacted the FBI as well after the force received additional information that indicated the incident “could be a question of civil rights,” Police Chief Medaria Arradondo said Tuesday.

Floyd’s family has reportedly retained the services of Benjamin Crump, a well-known civil rights attorney who previously represented the family of Michael Brown, a black teenager whose 2014 killing by a police officer in Ferguson, Missouri, helped propel the Black Lives Matter movement into national prominence.

Arradondo announced that four officers involved in the incident had been fired Tuesday afternoon, which Minneapolis Mayor Jacob Frey said was “the right call.”

But a new video from a surveillance camera has surfaced and it might cause more tensions.

A nearby restaurant, Dragon Wok, captured the initial moments of George’s run-in with Minneapolis police on a camera set up outside. Based on the video, this started as a traffic stop of some sort, which ended with George being led away in cuffs.

The video shows 2 vehicles parked curbside, and eventually, 2 officers approach one of the cars and ask everyone to step out. A man and a woman emerge from the passenger side, while George is taken out by another officer on the driver’s side … seemingly struggling at first.

The cops get George to stand up and lead him over to the sidewalk where they sit him down. He isn’t doing a whole lot of resisting the rest of the way.

Two of the cops fired over the arrest of black man George Floyd have already been investigated for their roles in previous use-of-force incidents, it’s been revealed.

Derek Chauvin, 44, the officer filmed kneeling on Floyd’s neck during his arrest, is a 19-year veteran of the force who was investigated over a fatal police shooting in 2006.

Chauvin was investigated for his role in the 2008 shooting of Ira Latrell Toles during a domestic assault call. Toles was wounded after police said he went for an officer’s gun and Chauvin shot him.

Two years earlier Wayne Reyes, 42 was killed by officers after allegedly pulling a shotgun on the six cops, which included Chauvin, The Star Tribune reports.

A second officer involved in Monday’s arrest, Tou Thao, is said to been part of a $25,000 out of court settlement after being sued for using excessive force in 2017.

In a lawsuit obtained by the DailyMail.com shows Thao was sued for using excessive force in an arrest where he was accused of punching and kicking a handcuffed suspect ‘until his teeth broke’.
In any case, there is no need for people to spark racial tension as an Asian-American was also involved in the case. this is just police brutality and it’s something that needs to concern all of us no matter the race! 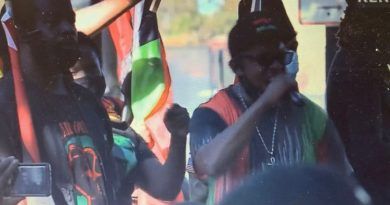 Media Blackout – Kenosha BLM Speaker Openly Calling For A Race War: “If you kill one of us, its time for us to kill one of yours.”