There is one problem with celebrities they think that their opinion is more important than ordinary people! Well, they are wrong and sometimes they have to pay for what they said! These “celebrities” who think they can say and do whatever they please and not have consequences, need to be made an example of!!

56-year-old Mike Ness, the singer of the once-big band Social Distortion attacked and brutally beat during a recent show in Sacramento. The reason: the fan was a supporter of President Trump.

Tim Hildebrand, who describes himself as a “Republican farmer” said: “I stood pretty much with my silent protest with my middle finger up for the next two songs.”

Apparently, Ness didn’t like Hildebrand’s gesture, so in the video, you can see him motion Hildebrand to the stage, where the singer spits in his face. Hildebrand says the two were yelling at each other when Ness lunged toward him.

He said he told Ness: “I pretty much said I paid for your music, not your politics.” Then Ness “takes his guitar off, jumps off the stage and proceeds to punch me multiple times in the head,” Hildebrand said.

So if you disagree with someone you should use violence to silence them? What happened to punk rock? This is yet another example of that “Tolerance” they keep telling us about.

They haven’t released an album in 7 years, and Hard Times are terrible. Mike should focus more on releasing new music and less on punching his fans over politics. Also, Ness is a coward. He’s the very definition of what he rails against. Total hypocrite.

Avoid Internet censorship by subscribing to us directly press the allow button if you haven’t done that already!

Facebook removed almost every conservative page and decided to support the liberal cause so if you want to read and watch more real news from the conservative cause join us and on Minds, also don’t forget to invite your friends and family to support us in our battle against the fake mainstream media. Click on the following link to join us https://www.minds.com/USAConservative?referrer=USAConservative 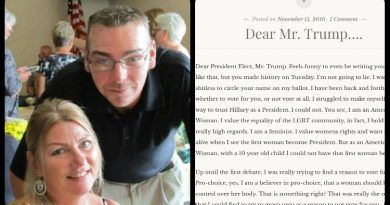 Video: Man Arrested By Mask-Less Cops Because His Son Wasn’t Wearing A Mask In Costco

Can you say LAWSUIT?

Sue his Ass into Bankruptcy !!!

I just now posted your story, ‘Rock Band Lead Singer Jumps Off Stage, Attacks Trump Supporter In Middle Of Concert’ on my Facebook page for a second time after Facebook notified me they removed it the first time that I posted the your story earlier tonight, saying that my post spam.

This prick is piece of shit. If I was the fan that he attacked I would own everything he has and his band and then burn everything with his name on it

56yr old Punk Rocker?? 🤘🤘 That’s Friggin Hilarious 😂 🤣….. This POS took a swing at me, I’d Sue his A$$ into Bankruptcy!!!!! He’d have to change the Band’s Name from Social Distortion too Social Security!!!!! Cause that’s All his Punk Ass would have left!!!!!! It’s a Sad Day when you find out that Liberal D-Bags have Infected Punk Rock!!!!