We are definitely tired of the “established” Republicans that are bought and paid for. We need independent Republicans that want to do what’s right for America, NOT themselves.
One of the traitors is Mitch McConnell!

In a statement, McConnell called the allegations against Franken “credible”, yet did not name Franken by name or call for the senator to resign: “As with all credible allegations of sexual harassment or assault, I believe the Ethics Committee should review the matter. I hope the Democratic Leader will join me on this. Regardless of party, harassment and assault are completely unacceptable—in the workplace or anywhere else.”

So he calls for ethics review of Franken allegations, but no call for his removal!

So lame he is the same Mitch McConnell that asked for Roy Moore to step out of the race even if he didn’t have any proof!
Now its time for Al Franken to step down and everyone turns their back on him like they are doing to Roy Moore!
A Los Angeles journalist and radio personality, Leeann Tweeden, has published a blog post in which she accuses U.S. Senator Al Franken (D-Minnesota) of sexually assaulting her.

Tweeden, a former model, was on her ninth tour with the USO and expected to be the event emcee, but quickly discovered that Franken has penned a special skit for her to perform with him – and he’d included a kiss, that he insisted they practice beforehand.

They did but without Tweeden’s consent.

He repeated that actors really need to rehearse everything and that we must practice the kiss. I said ‘OK’ so he would stop badgering me. We did the line leading up to the kiss and then he came at me, put his hand on the back of my head, mashed his lips against mine and aggressively stuck his tongue in my mouth.

I immediately pushed him away with both of my hands against his chest and told him if he ever did that to me again I wouldn’t be so nice about it the next time.

I walked away. All I could think about was getting to a bathroom as fast as possible to rinse the taste of him out of my mouth.”

Tweeden said she didn’t report Franken’s behavior – or the alleged assault – to superiors, but did her best to stay out of Franken’s way for the rest of the tour. He “repaid” her, she says, by peppering her with insults and drawing “devil horns” on pictures she signed for the troops.

Tweeden says the discovery of the photograph made her feel “violated all over again. Embarrassed. Belittled. Humiliated.”

“I couldn’t believe it. He groped me, without my consent, while I was asleep,” she writes, adding, “How dare anyone grabs my breasts like this and think it’s funny?”

If Moore is not worthy to be in the Senate with allegations and no proof, then with proof Franken should be ejected from the Senate immediately via catapult, right?
OK America, our congress is full of Pedophiles, dishonest manipulators and lunatics. It is time to vote them OUT whichever side they are on! 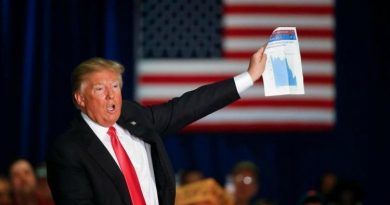 The New Economic Numbers Are In And America Is Back! 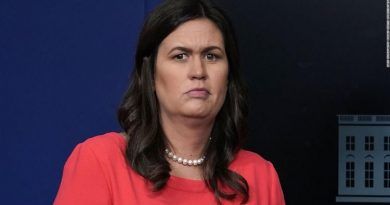