As polling consistently shows, American voters don’t like Biden – or at least, they don’t think he’s doing a good job. An average of current polling shows the president with an anemic 41.7% approval rating, with 53.4% disapproving of him. And while high inflation has alarmed many Americans, Biden’s slide in the polls began the beginning, before prices started to jump.

President Joe Biden’s trip to Oregon, California, and Colorado is showing how he’s trying to turn out Democratic votes on Election Day.

Despite everything they still think that this is a good idea!

The Inflation Reduction Act is at stake, according to the president:

Biden also served up a warning about what a Republican midterm win would mean for consumers:
Biden: The “Inflation Reduction Act” helps middle-class families afford to buy a more energy-efficient coffee machine and new “weatherized” doors

The Inflation Reduction Act worsened inflation and the economy is hobbled as a result, but darn it, what about the coffee machine tax credit!?
He also opened his Oregon speech with a bizarre exchange about audience seating options:

Here’s the rest of his clown show:

Biden on the so-called Inflation Reduction Act: “I know the names’ of these pieces of legislation are just boring.”

He forgot the name is also a flat-out lie. pic.twitter.com/FpmQ51nol7

BIDEN: "But between Merkley and that other guy I just talked about in the Senate…"

Is Biden referring to Democrat Sen. Ron Wyden, who he introduced just moments prior? pic.twitter.com/PRwaYpK2lU 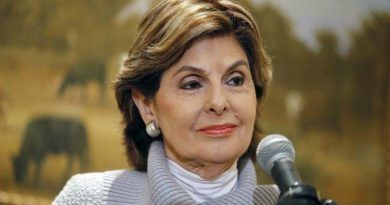 David Hogg Announces That He Will Run For Office, And Claims That Ocasio-Cortez Will Be President!

“There’s a lot in here to lower costs for middle class families to be able to make it.”

That’s what Joe wants, people to be just able to make it. He has decimated the retirement savings of the middle class with his policies, now he’s offering them crumbs so they can squeak by, eking out a paycheck-to-paycheck living. Yeah, keep voting for Democrats, people.

Please. can we just get someone with all their faculties in order, is that too much to ask??

i’ll see you that and ask; for anyone with faculties

Spend a small fortune on new doors and windows get a small tax credit?

This is a repeat idea from obama giving tax credits for ‘energy star’ appliances in 2010 Mr. Plagiarizer-N-Chief, who never had an original idea – hence ‘Build Back Better’ is somehow different from ‘Make America Great Again”? Can’t you even come up with a new motto Joe?
Maybe Joe does have a new theory on economics – ‘Trickle Up Poverty’ instead of ‘Trickle Down Economics”? But one quexstion FJoeBiden – Did a poor person every hire you for a job….like driving a semi-logging truck when you were a lumber-jack truck driver going to your other coal mine job, when you weren’t beating up corn-popper behind the high school field house, during your swimming pool life-guard job?

Clueless to what is happening in this country since the DNC took over. Daily he is fed a bunch of drugs programed and sent out. He then is placed back in his basement to rest for the next day. A POTUS?????? I think not!!!!!