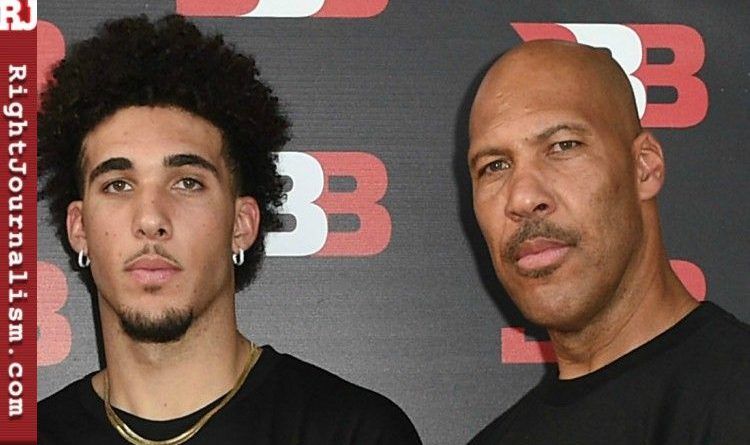 LaVar Ball is definitely the father of the year! ! It’s parents like this idiot creating a whole generation of irresponsible entitled brats. On Tuesday LaVar appeared on CNN’s “New Day,” where he discussed his decision to withdraw his son LiAngelo out of UCLA. LiAngelo’s departure from UCLA comes after he was caught shoplifting last month with UCLA teammates Cody Riley and Jalen Hill during a team trip to Huangzhou.

Ball plans to prepare his son for the NBA.

In the interview, Ball criticized UCLA and the NCAA for his son still being suspended for the shoplifting charges that became an international incident and led to involvement from United States President Donald Trump. He told CNN’s Chris Cuomo that it is ridiculous for his son to still be suspended when China dropped the charges.

LaVar said: “For them to prolong this and go on and on, it’s ridiculous to me. What happened to him, it’s been a long enough punishment.”

Cuomo pressed LaVar about “compromising” LiAngelo’s future since UCLA is such a great school for academics.

“We’re going forward with his future. With a great education of what? Now, if my boy wanted to be the smartest guy in the room, yes. With UCLA we’d have to wait back and say, ‘Wow.’ But to be the world’s greatest basketball player, man, it’s not rocket scientists. Either you got the talent or you don’t,” Ball said.

He later added, “UCLA is not going to bring my boy down. They are not going to say UCLA made his future. No, we will go a different route.”

This is a perfect example of “IT’S SOMEONE ELSE’S FAULT.” Blame everybody else, except yourself! But, LaVar, UCLA doesn’t need to bring your “boy” down, you’re doing a fine job of doing that all by yourself!!! Your “boy’s’ name isn’t going to be worth penny by the time your entitled ass gets done with him!

Bottom line is he isn’t doing anything good for his son’s career – It will actually be pretty funny if teams don’t even want him because of all the drama he comes with, including his dad. 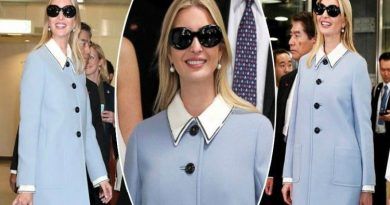 Video: An Anti-Cop Antifa Militant Repeatedly Cries Out For Someone To Call The Police After Woman They Appeared To Be Harassing Stabs One of Them 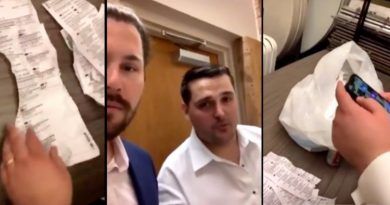 Video: Wedding Was Hosted At a Polling Location After the Election — Two Men Allegedly Found Torn Up Ballots That They Pulled Out Of The Garbage Can

wpDiscuz
1
0
Would love your thoughts, please comment.x
()
x
| Reply
Cookies are small files that are stored on your browser. We use cookies and similar technologies to ensure our website works properly, personalize your browsing experience, analyze how you use our website, and deliver relevant ads to you. For these reasons, we may share your site usage data with our social media, advertising and analytics partners. You can choose whether or not you want to consent to our use of cookies through the options below. You can learn more about how we use cookies by visiting our privacy policy page. California residents can also exercise their personal information rights through the Do Not Sell My Personal Information page. OkPrivacy policy