One thing I know for a fact, the Leftists will stop at NOTHING to defeat conservatives!

This week, four women accused Republican Senate candidate Judge Roy Moore that he pursued a sexual relationship with them when they were between 14 and 18 years old and he was in his early thirties. Moore denied the allegations, claiming this is an attempt by the national Democratic Party and the Washington Post who was first to publish this story, to discredit his frontrunning candidacy before his December 12 special election faceoff against Doug Jones.

According to WaPo viewpoint that Roy Moore is guilty of accusation and should drop out, now comes accusations of bribery by WaPo, should they shut down for good???I mean, hey, you can’t have it both ways!!

Speaking by phone to Breitbart News on Saturday, Corfman’s mother, Nancy Wells, 71, says that her daughter did not have a phone in her bedroom during the period that Moore is reported to have allegedly called Corfman – purportedly on Corfman’s bedroom phone – to arrange at least one encounter.

The Washington Post, which first published its newsmaking, on-the-record interview with Corfman last week, cited Corfman as remembering that she provided Moore with her number when she was 14. She said that she spoke to Moore from what she described as the phone in her bedroom.

After her mother went into the courtroom, Corfman says, Moore asked her where she went to school, what she liked to do and whether he could call her sometime. She remembers giving him her number and says he called not long after. She says she talked to Moore on her phone in her bedroom, and they made plans for him to pick her up at Alcott Road and Riley Street, around the corner from her house.

Soon after, Corfman said, he called again, and picked her up again at the same spot.

She says that after their last encounter, Moore called again, but that she found an excuse to avoid seeing him. She says that at some point during or soon after her meetings with Moore, she told two friends in vague terms that she was seeing an older man.

Corfman clearly claimed she spoke to Moore on what she said was “her phone in her bedroom” on at least one of those occasions. The Post did not specify whether the second or third alleged calls purportedly took place on a bedroom phone.

Wells, Corfman’s mother, was asked by Breitbart News: “Back then did she have her own phone in her room or something?”

“No,” she replied matter-of-factly. “But the phone in the house could get through to her easily.”

The Post story relies heavily on Corfman’s memory and her ability to recount events consistently.

The newspaper reported that “Corfman described her story consistently in six interviews with The Post.”

The Post story uses the word “remembers” 10 times when quoting or paraphrasing Corfman.

Here are those 10 times:

1: The Post cited Corfman thusly: “’I wanted it over with — I wanted out,’ she remembers thinking.”

This detail related to Corfman’s claim that Moore drove her to his house, removed his own clothes besides his underwear, took off her shirt and guided her hand to his underwear.

2: During the initial alleged encounter, when Corfman said that Moore was watching her while Corfman’s mother went into the courtroom, the Post reported, “She remembers giving him her number and says he called not long after.”

3: “I remember the further I got from my house, the more nervous I got,” Corfman was quoted as saying when she recalled the alleged drive with Moore from her house.

5 – 7: The Post used the word three times when citing Corfman in the following paragraph:

She remembers an unpaved driveway. She remembers going inside and him giving her alcohol on this visit or the next, and that at some point she told him she was 14. She says they sat and talked. She remembers that Moore told her she was pretty, put his arm around her and kissed her, and that she began to feel nervous and asked him to take her home, which she says he did.

8 – Referring to the alleged sexual encounter, the Post reported:

She remembers that Moore kissed her, that he took off her pants and shirt, and that he touched her through her bra and underpants. She says that he guided her hand to his underwear and that she yanked her hand back.

She remembers thinking, “I don’t want to do this” and “I need to get out of here.” She says that she got dressed and asked Moore to take her home, and that he did.

Meanwhile, Wells told Breitbart that she and her daughter stick by the Post’s story. “It’s truthful and it was researched very well,” she said.

Asked if she could remember Moore, then a 32-year-old assistant district attorney, allegedly asking to watch her daughter in 1979 while Wells went into a courtroom, Wells recounted the story essentially the same way she told it to the Post.

Wells told this reporter: “We were sitting in the hall. He came up and started talking to us. We were sitting on a bench waiting to go into court. He said, you know, ‘What are you doing.’ You know, we told him. He is Roy Moore. And he said, ‘You don’t want her to go in there and hear all of the bickering.’ And I said, ‘No.’ He said, ‘I will be glad to stay out here with her and bring her in if she needs to come in.’ And so that is the way it started.”

“Probably if it were in today’s times that never would have happened,” Wells added. “He sounded like someone that I could trust and we were there in the courthouse.”

Corfman described her own troubled background to the Post, including three divorces, bankruptcies and a history of drug abuse.

She says that her teenage life became increasingly reckless with drinking, drugs, boyfriends, and a suicide attempt when she was 16.

As the years went on, Corfman says, she did not share her story about Moore partly because of the trouble in her life. She has had three divorces and financial problems. While living in Arizona, she and her second husband started a screen-printing business that fell into debt. They filed for bankruptcy protection three times, once in 1991 with $139,689 in unpaid claims brought by the Internal Revenue Service and other creditors, according to court records.

Moore strongly denied Corfman’s claims. “These allegations are completely false and are a desperate political attack by the National Democrat Party and the Washington Post on this campaign,” Moore said in immediate response to the Post’s story.

Moore’s campaign said in a statement, “This garbage is the very definition of fake news and intentional defamation.”

The campaign pointed out that Moore has been married to his wife, Kayla, for nearly 33 years and has four children and five grandchildren. It also noted that Moore has served in public office in the past and that no such allegations were previously made.

“After over 40 years of public service, if any of these allegations were true, they surely would have been made public long before now,” the statement continued.

“Now I want to address something that some people have come here to hear about,” Moore said at a local campaign event. “Shortly after becoming the Republican nominee for the United States Senate, the Washington Post began an attack on the Foundation for Moral Law, on my wife, and on me. For weeks, we read about my salary which they distorted, about taxes where they said we were paid money we never got. But we endured that.”

“Later, they came out and endorsed my opponent in this race,” he continued. “Just two days ago, the Washington Post published yet another attack on my character and reputation in a desperate attempt to stop my political campaign for the United States Senate. These attacks about a minor are completely false and untrue about something that happened nearly 40 years ago. But more than being completely false and untrue, they are very hurtful to me personally.”

“I wanted to make it clear to the media present and the people present, I have not provided alcoholic beverages—beer or anything else—to a minor. I have not been guilty of sexual misconduct with anyone,” he declared. “These allegations came only four and a half weeks before the general election on Dec. 12. Why now?”

This is a new strategy for liberals and Dems… accusing the rival of sexual attacks, even to pay the presumptive victim for false information. Now, this is a PATTERN.
Watch for every Republican up for reelection to be accused of sexual misconduct. It is the NEW RACISM cry since they’ve worn out the race card.

Wake up American voters, don’t fall into that trap.

What do you think of this? Scroll down to leave a comment below!

Game Over – Democrats Urge Biden To Skip The Next Two Debates

Trump Fulfills The Campaign Promise That George W. Bush and Bill Clinton Both Made, But Never Followed Through 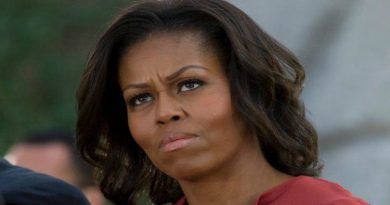