We all know what Hillary is and was for years. This is why she should be jail, purged of all the stolen money that the Clintons has ripped off the citizens of the U.S., placed in prison and throw the keys away. That goes for all the Obama administration as well. Sadly that never happened because it is absolutely well known that Comey lied for Hillary Clinton. We all know that Comey has been on the Clinton payroll for decades.

It seems that her time is up!

Because after House Republicans announced a joint probe into uranium one scandal another shocking revelation came up!

Sebastian Gorka made the statement during an interview with Sean Hannity on Thursday evening as they discussed Mrs. Clinton’s role authorizing the sale of Canadian mining firm Uranium One to Russian state-owned nuclear company Rosatom.

“The Russians infiltrated our national security to corner the uranium market and they succeeded, and they knew all the crimes that were committed,” Mr. Hannity said during the broadcast.

“If this had happened in the 1950s, there would be people up on treason charges right now. The Rosenbergs, OK? This is equivalent to what the Rosenbergs did and those people got the chair. Think about it. Giving away nuclear capability to our enemies, that’s what we’re talking about,” Mr. Gorka responded.

Gorka was not wrong about what happened in the 1950s and how Hillary Clinton’s actions probably would have been viewed at that time. Husband and wife, Julius and Ethel Rosenberg were convicted of espionage in 1951 for giving nuclear secrets to the Soviet Union. They were executed two years later in the electric chair.

Gorka left the administration in August. He says that he resigned, the White House says he didn’t resign but is “no longer with the White House.”
Gorka’s comments may go a bit far, but what’s amazing that unfortunately, McFaul doesn’t care to talk about is how long Hillary Clinton has skated despite all that she has done.

This is an FBI investigation that appears to have been covered up. An investigation of bribery and millions going to the Clintons, allegedly, with an informant who was threatened by the Obama administration.

If it were nothing, the FBI would not now be looking into it again. 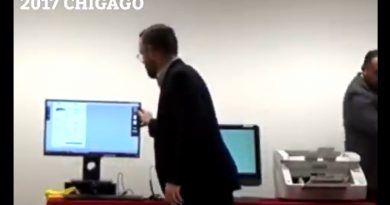 The electric chair would be rightfully punishment for this traitors, along with Obama and all who collaborated with their acts of treachery. Never has our Country been so imperiled.

I think Clintons are the despicable ones! They have done many crimes including murder to get people who had the goods on them. Clearly, the Clintons are guilty of selling Uranium to Russia. They are eligible for death penalty and created Treason doing this. Robenbergs were executed for their crimes. Clintons are not above the law. Just clever in hiding secrets and using cover ups and making threats to those who would testify against them. There could be threats hanging over all who were involved in this crime. Mention also that Barack Obama was well aware of this Uranium One Deal by Clintons yet chose to ignore their doing this. He is guilty too as accessory of the fact and did not have them arrested. They all 3 need to go down.

If i did 1/4th of what they did i would be on death row, so why are they getting away with it. If they dont go to prison then we need to not follow laws, what is the difference they r no better than us! I cant beleive it has took this long to finally think about doing something. If they do, we will see