The left is desperate and they’re over the top hysteria coupled with their nasty false attacks are designed to silence opposing voices. Fits the DNC profile. The Democrats are losing so now it is time to destroy the likely winner.

The good news is that more and more people are ignoring their fake news.

The popularity of the Republican Senate candidate Roy Moore is even bigger despite the sexual harassment allegations. Now, exactly 53 Alabama pastors have signed onto a letter urging Alabamians to vote for Moore.

In the letter, pastors praise Moore who is outspoken Christian conservative and former state Supreme Court judge for his “immovable convictions for Biblical principles” and said he suffered “persecution” for his faith by opposing gay marriage as Alabama’s chief justice.

“Dear friends and fellow Alabamians,
For decades, Roy Moore has been an immovable rock in the culture wars – a bold defender of the “little guy,” a just judge to those who came before his court, a warrior for the unborn child, defender of the sanctity of marriage, and a champion for religious liberty. Judge Moore has stood in the gap for us, taken the brunt of the attack, and has done so with a rare, unconquerable resolve.

As a consequence of his unwavering faith in God and his immovable convictions for Biblical principles, he was ousted as Chief Justice in 2003. As a result, he continued his life pursuit by starting the Foundation for Moral Law, which litigates religious liberty cases around our Nation. After being re-elected again to Chief Justice in 2012, by an overwhelming majority, he took another round of persecution for our faith as he stood up for the sanctity of marriage between one man and one woman.

You can know a man by his enemies, and he’s made plenty – from the radical organizations such as the Southern Poverty Law Center and the ACLU to the liberal media and a handful of establishment politicians from Washington. He has friends too, a lot of them. They live all across this great State, work hard all week, and fill our pews on Sunday. They know him as a father, a grandfather, a man who loves God’s Word and knows much of it by heart, a man who cares for the people, a man who understands our Constitution in the tradition of our Founding Fathers, and a man who deeply loves America. It’s no wonder the Washington establishment has declared all-out war on his campaign.

We are ready to join the fight and send a bold message to Washington: dishonesty, fear of man, and immorality are an affront to our convictions and our Savior and we won’t put up with it any longer. We urge you to join us at the polls to cast your vote for Roy Moore.”

After the accusations came out against Judge Moore his polling numbers did not change. Most of the Alabama voters don’t believe the allegations and stood by Moore’s side.

Thank you, Alabama for resisting the left’s dirty job.

What do you think? Do you stand with Judge Roy Moore? Scroll down to leave a comment below!

Virginia Governor Officially Closed All Churches And Made It A Crime Punishable With Jail, But Allowed State-Owned Liquor Stores To Remain Open 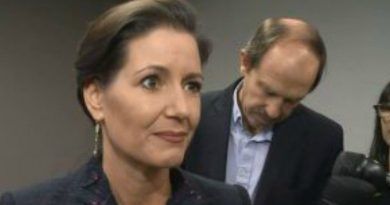 Yes I do this is just the democratic trying to make something out of nothing. I will not listen to fack new . Knowing Gloria is the attorney. Democratic are losing so let destroy someone live.

I find it hard to believe that none of this came up in his previous runs for public office. It looks to me to be another Smear campaign by both Democrats and Republican establishment. I am sure the people of Alabama are smart enough to do the right thing and get to real truth and vote accordingly! One thing I do know for sure people of Alabama don’t need Washington or crocked Democrats telling them how and what they should do!!!