What has our society become? So sad for our children to see. Leftist Trump haters band together to mark the one year anniversary of the president’s election day win by screaming helplessly at the sky. This just shows how immature and sore losers the liberals are and they cry when they don’t get their way.
This is what’s wrong with our society. These are pathetic weak individuals who need a reality check.

Via Fox News: “Twitter users are posting pretty pictures of how they viewed life a year ago, next to horrific, blood-filled scenes of what they feel today.

An odd couple delightfully known as Pussy Power and Indivisible Brooklyn Do or Die will obstruct traffic outside Trump Tower on Fifth Avenue to show they are “still here and still pissed.”

These are just a few of the juvenile protests that mark the one-year anniversary of Donald Trump’s election. If they seem too silly to take seriously, they are.

Unless that is, you are the mainstream media in today’s the United States, which regards anything negative about the president as front-page news.

The New York Times, which was once a decent newspaper dedicated to accuracy, headlined its story “Anniversary of the Apocalypse.” Webster’s defines apocalypse as “the complete final destruction of the world.” A bit of overstatement, perhaps, Good Gray Lady?

Because Trump lost the popular vote but won the Electoral College tally, the Times has prescribed an apt punishment – abolish the College. That, of course, would require amending a little item called the U.S. Constitution. But if it prevents Trump from being re-elected – the progressives’ equivalent of Dante’s last circle in the Inferno – what’s a measly 289-year-old piece of paper that has guided the world’s greatest democracy?”

My heavens, when will these babies grow up? They scream at the sky. I guess barking at the moon comes next. This just confirms how disturbed these people really are! Scream Away! But, the irony to be even bigger, these are the same folks who declare prayer is useless. Every ridiculous action, like this, makes me surer that I would never vote for any candidate endorsed by a liberal!! Keep it up- all they are doing is ensuring another Trump win in 2020!

I get mad every time these communists claim they own the high ground and know what “American Values” are when their version is as anti-American as it can be. “American Values” are maximum freedom, minimum government, good work ethic, equal opportunity – not equal outcomes, the rule of law – not mob rule, strong military to keep the peace, minimum international entanglements, sound money, balanced budgets. We are supposed to be a nation of rugged, sovereign, independent individuals that care for the poor and sick through our personal charity, not with money extorted from us by the government. I hope these liberals fall to the ground, kick their feet and clench their fists while they scream and cry – just to complete the picture we have in our heads of them.

What do you think? Share this article if think liberals are giant crybabies! Scroll down to leave a comment below! 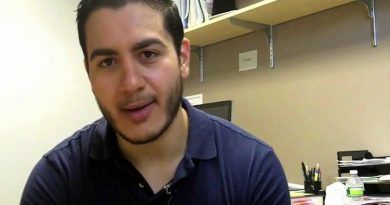 ‘Patriotic’ Muslim Gains Support To Run For Governor, Then America Discovers How ‘Patriotic’ He Really Is