America is at a crossroads.

With all the hype over the Joe Biden versus Bernie Sanders face-off during Tuesday night’s Democratic primaries, a dirty little secret for the Democrats was revealed in California.

Beneath the cover of a contentious presidential primary race that gave Establishment Democrats hope, the arguably biggest takeaway of the night is going to be buried. But Democrats took note and the implications are terrifying for them.

Primary results in California indicate that Republicans can flip up to 9 congressional seats.

Meanwhile, Democrats do not have an easy path to flip any current Republican-held districts.

Keep two things in mind. First, these aren’t nine seats that are deemed “in play” through some election miracle. These are nine seats currently held by Democrats where Republicans have the upper hand based on analysis of Tuesday’s primary votes. Second—and this is very important to understand—with only one statewide ballot measure, the main draw was the Democratic presidential primary in which Republicans may not vote. That means that even without the draw of a presidential primary choice, nine seats showed Republicans either within striking distance or outright beating Democrats.

From NOQ Report:
The “jungle primary” system for congressional seats means everyone gets the same ballot choices. The top two finishers in the primary will go head-to-head in the general election. Based on these criteria, a shocking number of Democratic seats are now in jeopardy in November. Let’s break them down one-by-one.

District 7: Although incumbent Ami Berra garnered 44.5% of the total votes cast, and his Democratic challenger Jeff Burdick gained 6.6%, their total was not significantly ahead of the total of GOP candidates Buzz Patterson (38.9%) and Jon Ivy (7.8%), and that was with a heavy turnout for the Democratic presidential primary. Rucker noted of Patterson, a former carrier of the “nuclear football” for President Clinton and former Air Force Lt. Colonel, “If he can get some wind on his back, he has a strong chance of flipping the seat and beating the incumbent.”

District 16:Jim Costa (Dem) 37.5%; the GOP’s Kevin Cookingham 38.5%. Rucker noted, “Costa is clearly in trouble with his own base; this is the first time he’s faced other Democrats for his 16th district seat. It’s also the only time he’s come in second in the primary.”

District 45: Democratic incumbent Katie Porter got 48.1% of the vote; GOP candidates got the rest, 51.9%

District 48: Rucker noted that the incumbent, Harley Rouda, got roughly 10% less than the GOP candidates’ total.

This means that Nancy Pelosi is in huge trouble and might need to reconsider her strategy in California!

Do they want to vote for the California GOP? No. Do they want to vote for Trump? No. That being said, more than anything they want to be heard and since the California Democrats are willfully ignoring their voices, many feel a GOP vote will be the only way to make an impact. They’ll go back to voting for the party they love and are loyal to, but they’re for sure not going back to it if they don’t have jobs or are forced to move out of state because of AB5. 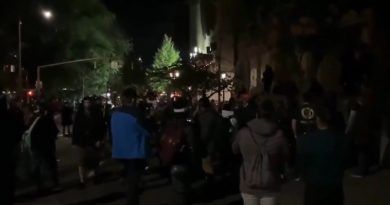