Ilhan Omar told friends years ago that the man who went on to become her second husband was, in fact, her brother, DailyMail.com can confirm.

She married him in a Christian ceremony outside of the Minneapolis Somali community so as to keep the marriage secret.

In fact, to keep it a secret they were married by a Christian minister named Wilecia Harris whose benefits included she didn’t know they were brother and sister.

And now for the first time, one of those friends has come forward to reveal exactly how Omar and Ahmed Elmi scandalized the Somali community in Minneapolis.

Abdihakim Osman is the first person to go on record to speak of how Omar said she wanted to get her brother papers so he could stay in the United States, at a time when she was married to her first husband Ahmed Hirsi.

But hardly anyone realized that meant marrying him.

“She said she needed to get papers for her brother to go to school,” Osman, 40, told the Daily Mail. “We all thought she was just getting papers together to allow him to stay in this country. Once she had the papers they could apply for student loans.”

With this revelation now we can have an official testimony, Ilhan Omar is in hot water.

Back in February, she wanted to abolish ICE.

“When Democrats stood our ground last month, we proved that Individual 1 does not have the public support to ram his hateful wall through Congress.

“Let’s stand firm: #Not1Dollar for DHS,” she said in her tweet that followed her outrage over the TSA not being paid.

It is curious that any Congressperson would call to defund the agency that keeps Americans protected from terrorism.

But with this revelation, it seems that we now know the reason why she wanted to defund ICE.

Last month David Steinberg reported that the FBI and ICE were investigating Rep Ilhan Omar for activities between 2009 and 2017/ Those activities include the tangled web of her marriages to Ahmed Hersi and Ahmed Nur Said Elmi.

Incredibly — according to address records, and a statement from Omar herself — she was also still living with her first husband, and their two kids, throughout this second marriage.

Steinberg pointed to their registration at North Dakota State University as a federal education violation, in addition to an immigration violation. Steinberg described Omar’s crimes as “eight instances of perjury, immigration fraud, marriage fraud, up to eight years of state and federal tax fraud, two years of federal student loan fraud, and even bigamy.”

One of the instances of perjury occurred when Rep. Omar and her brother signed their marriage certificate. The couple swore under penalty or purgery that they were “no nearer of kin than first cousins once removed.”

Omar wants to get rid of ICE but guess what now ICE is looking for her! 😂🤣🤣🤣 pic.twitter.com/e2D033SrZ0

Omar allegedly married her brother Ahmed Nur Said Elmi in order to aid Elmi in obtaining U.S. citizenship. The two were married in 2009 and later divorced in 2017. While being legally married to Ahmed Nur Said Elmi, Omar has publicly identified Ahmed Hirsi as her cultural husband and father of her children.
Omar has refused to answer questions regarding her marriage history, calling the claims that she married her brother “disgusting lies.”

Well, we can replace the word allegedly.
And we can be sure that ICE will want to see Omar pay for her crimes after this revelation! 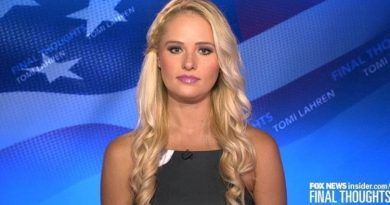 ‘That Girl in Iowa Has a Name’: Tomi Lahren Destroys The Left After Their Response to Mollie Tibbetts’ Murder (Video)

The Head Of ICE Promises Raids of Homes, Businesses in Sanctuary California