We all remember when President Trump said that he will not interfere with the investigation by Justice Department special counsel Robert Mueller or try to fire the former FBI director.

I think that was a huge mistake because Robert Mueller himself is a man who represents the corrupt Democrats and his only mission is to destroy President Trump!

In a statement to NBC News, Dowd said he hopes Deputy Attorney General Rod Rosenstein will choose to end the investigation “on the merits” of the FBI Inspector General’s recommendation to fire McCabe.

Though Dowd clarified he wasn’t calling for Mueller’s ouster, the president’s attorney did say he prays that Rod Rosenstein brings “an end to alleged Russia Collusion investigation manufactured by McCabe’s boss James Comey based upon a fraudulent and corrupt Dossier.”

One thing is for sure! Robert Mueller is the MAN who is leading the DEEP STATE to destroy the People’s President. This guy can’t be trusted and should have been fired the day Obama left town. He is purely political and breaks more laws than he protects.

There is a double standard when it comes to criminal accountability for Americans: one for everyday folks, and another for The Democrats!

Do you think that Mueller probe should finally end?

Images: Report From The Chairman Of The Senate Judiciary Subcommittee On Elections In Georgia, Has 15 Pages Of EVIDENCE OF VOTER FRAUD – They Consider RESCINDING Their Certification 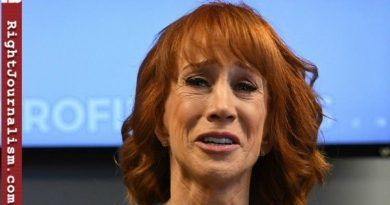 Watch! Kathy Griffin Now Cries Over the Consequences Of Her Sick Attack On President Trump (VIDEO)

Millions of dollars (our tax dollars, our money spent) have been wasted on an investigation that isn’t going anywhere. Pres. Trump can’t fire Mueller, the democrats would have a hay day with it. Oh, he fired him because he was getting to close to the truth, blah blah blah… Can’t you just hear it? How long will the AG let this go on? Will it continue all of Pres Trump years in office? President Trump needs to refocus, make no comments about it on Twitter and get moving on HIS agenda for America and not on the agenda of the democrats. Push the dems to the curb and drive on down the road to making America great again…

We The People ‘. Have Known From The Beginning ‘. The Mueller’. Investigators Were Not On The Side Of Righteous Justice ‘. They Were And Are Against President Trump’. And Now With All The Information’. Concerning The Fake Dossier’. The Firing Of The Andrew McCabe’. The Mueller Should End Today.
Our President Trump’. Never Colluded’. With Russia ‘. Our President Trump Is Doing A Great Job’ For The Country’.
The Definition For Colluded Is To Engage In A Secret Plan To Accomplish Evil Or Unlawful Ends. That Would Be The Democrats ‘

I THINK MUELLER SHOULD BE HANGED IN PUBLIC SQUARE!

Mueller is so mean and hateful! I’ll bet he has some “skeletons in his closet”! It would be very interesting to find out about his past! He’s a terrible person whom seems to enjoy destroying other peoples lives!

he should stop the invest