Northern Virginia has started the inevitable process of turning this once great State into a socialist state.
On Friday evening woman, a Virginia social worker took to social media and write that she has been fired from her job for being a concealed carry permit holder.

“Storm Durham, a former Department of Virginia Social Services employee who describes herself as a “22 year old blonde who is 5’2 and about 140 pounds who loves everything Disney, pink, and basic,” asserts that she was escorted out of her office by three Roanoke, Va., police officers after she was canned. She was, according to a post on Facebook, not even allowed to use the bathroom due to “serious safety concerns to the building.”

“I was fired today due to having a concealed carry permit,” Durham wrote on Facebook. “Was my gun on me? No. Has it ever been on me during my job, or visits, or anything related to work? No. When I told them that it has never been on me during work, what did they say? ‘How do we know that.’”

“I got my concealed carry because I am woman, and y’all have seen the news, it’s kind of crazy,” she said on a Facebook Live video. In her post, she described herself as a “survivor or sexual assault.”

“I have a concealed carry permit. I own guns. I hunt. I target shoot. I represent Women hunters and outdoorswomen,” she wrote on Facebook. “Does that make me a criminal? Does that make me a safety risk to others? A big enough safety risk to be escorted by three Roanoke City Police officers? So scary and threatening that I need to be treated like a criminal? To be humiliated and looked down upon for owning a gun? For legally having a gun, registering that gun, and having the appropriate documentation for that gun?”

I was fired today. From Roanoke City Social Services, serving as a damn good social worker. I was fired for having a concealed carry permit. Not the gun, the permit. I was escorted by 3 city police officers bc I am a "safety risk to the building"

The Department of Virginia Social Services did not respond to request for comment, and the relevant person at the Roanoke Police Department was not available for comment.

“I’m going to fight back,” Durham said on Facebook Live. She is preparing to lawyer up to challenge what she considers wrongful termination. She is also preparing to meet with U.S. politicians.

She said that she does not want her job back because she does “not want to work for these liberals.”

This is absolutely outrageous! She has every right to have a concealed carry permit to protect herself and loved ones. But, political correctness and fake social justice are destroying this country as people bow down to the left’s progression of socialism, communism and even fascism!!

And maybe since the politicians are so concerned about guns they should give up their protection. Most members of Congress have concealed gun permits. Always a double standard with politicians.

Forget Joe Biden, Jill’s Outfit In Mexico Is Even Bigger Embarrassment – This May Be Her Ugliest Dress Yet! (Photos&Video) 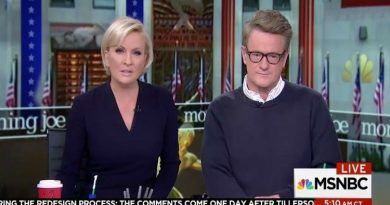 That is total BS that Storm was fired for having a concealed carry permit, but never have a gun with her. I fully support her law suit against those a..holes!