Special counsel Robert Mueller’s investigation into Russia’s interference in the 2016 election and possible collusion with President Trump’s associates has cost taxpayers at least $3.2 million so far, according to Justice Department records.

So imagine how much we are paying for this witch hunt!

So maybe it’s time for President Trump to act and drain the swamp!

And today we have a bombshell report but what is more important is that it comes from CNN!

President Donald Trump is considering firing Deputy Attorney General Rod Rosenstein, multiple people familiar with the discussions tell CNN, a move that has gained urgency following the raid of the office of the President’s personal lawyer.

Such an action could potentially further Trump’s goal of trying to put greater limits on special counsel Robert Mueller.

This is one of several options — including going so far as to fire Attorney General Jeff Sessions — Trump is weighing in the aftermath of the FBI’s decision Monday to raid the office of Michael Cohen, the President’s personal lawyer and longtime confidant.

Officials say if Trump acts, Rosenstein is his most likely target, but it’s unclear whether even such a dramatic firing like this would be enough to satisfy the President.

But some of Trump’s legal advisers are telling him they now have a stronger case against Rosenstein. They believe Rosenstein crossed the line in what he can and cannot pursue.

And they consider him conflicted since he is a potential witness in the special counsel’s investigation because he wrote the memo that justified firing former FBI Director James Comey.

The legal advisers also believe they have successfully argued to the American public that the FBI is tainted and think they can make the same case against Rosenstein.

Past time to drain swamp.they should all volunteer to serve in public office.

Our forefathers didn’t mean it to b a place to get rich.Congress is spending our taxes like we can pick money off of a tree.

I know that this news comes from CNN but do you think that this is a good idea? 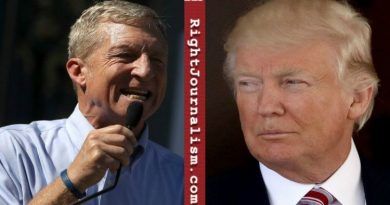 He should have fired everyone to start with..

I wish President Trump would’ve just gotten rid of all Obama’s “trash” and started off with people of his own choosing, to start with! The USA would be much more stable, have the millions of dollars which has been spent on all this ridiculous investigating of Trump on every level, by Rosenstein and Mueller! If so, we could all relax and not be worried about OUR government running out of money!! OUR President has not been given the respect which he deserves and it makes me furious!

I wish he had fired all of the political appointees already in place when he started the job too. Question: Is it too late???

What gives Mueller the right to spend tax payers dollars ?
Drain the swamp ! And he and his team should all be gone !

Rod is like a snake you have to play his snake game. We’re tired of the Hollywood shuffle. Not fire him lock him up and until he passes over the paper.