Members of D.C. National Guard will respond when supporters of President Donald Trump protest the 2020 election results in downtown D.C. this week.

“Some of our intelligence certainly suggests there will be increased crowd sizes,” said Contee, adding, “There are people intent on coming to our city armed.”

Firearms will be prohibited within 1,000 feet of demonstration activity in Washington, D.C. this week, according to notices posted by the Metropolitan Police Department.

All firearms are banned within 1,000 feet of where the signs are posted ahead of pro-President Donald Trump demonstrations against certifying the electoral college votes for the 2020 presidential election, Fox 5 reported. Protests are expected at Freedom Plaza, near the capitol building and at the National Mall.

During a press conference on Monday, Mayor Bowser asked that local area residents stay away from downtown D.C., and avoid confrontations with anyone who is “looking for a fight.” But, she warned, “we will not allow people to incite violence, intimidate our residents or cause destruction in our city.”

It seems they are ready and will control the protests but why one day before the protests mysterious stashes of bricks are being found near a protest site.

Near Freedom Plaza stashes of bricks were left overnight.

Officially they are for construction work.

A local resident claim that they were left there overnight:

This is DC by Freedom Plaza … they say it’s for construction work but it’s left out over night ! 🤔🤔 be aware patriots.. watch your 6 pic.twitter.com/ATjuafuq5w

She also posted a video explaining the whole situation:

The conclusion is that material is never just left out on the street, the truck comes in and workers unload it for multiple reasons first is insurance no one wants to be sued and second why buy it and leave it out to be stolen. Pavers come shrink wrapped on a pallet stacked. Never in bags like this. Also, you’ll need a permit to store materials on the street, and they would have to have some sort of barricade around them.

These bricks and other pallets of bricks in DC should be removed as they can be used as a deadly weapon if protests turn violent.

As we know bricks were used in the past riots by Antifa to riot and attack the police.

She also tweeted a video that shows stashes of Propane tanks on the streets which is strange, given the strict security in DC during the rally.
Video below:

Now we find this on the streets of DC ! 🤔🤔🤔🤔🤔 pic.twitter.com/zuqDgZQW0m

Organizers plan to rally on Tuesday evening at Freedom Plaza and again all day Wednesday on the Ellipse, including a 1 p.m. Wednesday march to the Capitol. Expected attendees include high-level Trump supporters like Texas Attorney General Ken Paxton and Republican strategist Roger Stone. 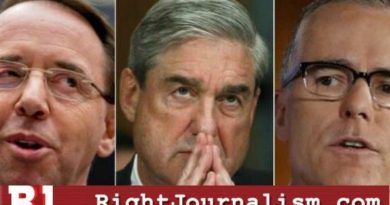 […] of bricks And propane tanks surface near Freedom Plaza. The bricks are supposedly for construction, but locals say they popped up overnight. I’ve told you, a lot of the construction companies, and the businesses which hire them will […]

Tuesday as prelude to a historic day: January 6th By Carol Brown | RUTHFULLY YOURS

[…] The city said they were delivered for construction work going on in the area, but at least one report said that this is inconsistent with contractor […]

[…] Photo: Stashes of Bricks Are Being Found in DC Near Freedom Plaza – Locals Say They Were Left Ther… […]