President Joe Biden was a headlining speaker at the National Action Network’s Annual MLK Breakfast today, where he sang a very interesting rendition of “Happy Birthday” to somebody, or at least to somebody he thinks is a person.

Biden sang ‘Happy Birthday” to Arndrea Waters King, wife of MLK III and it was a total disaster.

After he failed in singing he decided to take on very serious issues like police violence.

While giving a speech at the National Action Network’s Martin Luther King Jr. Day breakfast in Washington, the “leader” of the free world decided to weigh in on your local police force should be handling situations where a firearm is necessary.

“We have to retrain cops,” said Biden. “Why should you always shoot with deadly force? The fact is if you need to use your weapon, you don’t have to do that.”

Biden: "We have to retrain cops. Why should you always shoot with deadly force? The fact is if you need to use your weapon, you don't have to do that." pic.twitter.com/S5WaUHYhff

Joe decided to threaten to carpet bomb right-wingers yet again:

You can’t make this stuff up!


Biden probably gets all of his gun knowledge from police dramas or watching movies like John Vick. He certainly isn’t getting it from someone who knows what they’re talking about. 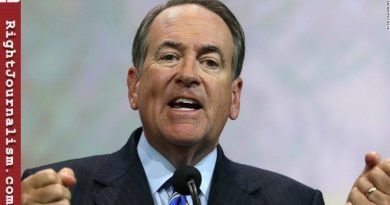 We keep offering to take him up on his deal about getting us some F-15s, but he never returns our calls…

MY Fellow Americans the time to LOOK VERY CLOSE AT THE MASKED FJB
There are at least 4 FJB wearing MASKS
Look closely at this FJB it is the WHISPER
This one is the easy one to see because they drag it out Because it can SPEAK
With out a FUC! UP
IT IS THE ONE
They drag out to show the TRUE EVIL the infamous THEY HAVE IN STORE
For One people !
Look closely at this video and You see they blur the neck line , look closely at all of the times FJB Speaks an you will see hair style change ,an a slight difference in it speech
an then the FJB that is On Drugs
THEY show only the real FJB going out for Ice Cream
WTFU my fellow Americans this is all a SHOW and hollywierd is all IN

So now Joe wants cops to aim for a perp’s foot…..

The PRIMARY redeeming value in having ARs in every American’s hands is to keep tyrants and authoritarian global criminals like Biden in constant paralysis from exercising the murderous raw power over his “subjects” – which is what he constantly dreams of.

I have to wonder if it is Jill Biden – or maybe Hunter himself – who is “finding” these stolen classified documents in THEIR HOUSE because who else would have access to that space especially in the library. I can’t imagine that they want this absolute BUFFOON to keep dragging their admittedly horrible family through unceasing public humiliations.

Next thing we know Creepy Joe will be telling us about his experiences as a police officer back in good ole Scranton.

Officer Biden didn’t need a gun. He took down Corn Pop with a chain. He was going to have Corn Pop back in chains.

Wasn’t he a professor of “criminal justice” at Penn?

where is the video or transcript about tve carpet bombing?
Pinnochio Joe is an inept buffoon but let’s keep the article pertinent.

The guy needs to be impeached because he no longer has a functioning brain because of age-related dementia. He spews shit like a manure spreader giving his handlers ulcers as they try and shut him up from saying things that might just get the attention of our enemies.
Oops Too late, they have already reasoned that Biden just speaks nonsense and essentially has no balls.

BUT EVERYONE IS GIVING HIM A PASS as if we must coddle an elderly person because they are failing. We as a society cannot function like that. We cannot have a mentally deranged president spewing orders that make no sense. If the FBI and/or DOJ cannot bring themselves to help to get Biden out of office, then you know they are beholding to Biden knowing full well that if it all comes out Biden’s handlers will be indicted for complicity in trying to destroy America which also includes the heads of the DOJ, FBI and Homeland Security

GIVE US BACK OUR ENERGY SECTOR AND STOP THIS GLOBAL CLIMATE CHANGE IDIOCY. What will it take for them to change their minds? Bullets my friends and lots of them. We cannot wait to do what must be done and that is to take out the whole of the Biden Administration and the incompetents he has hired to babysit him. If we do not act soon our country will soon become a Third World S!*t Hole with millions dead from a civil war. Or maybe just maybe Biden will poke the Russian Bear one time too many such that Putin bombs Washinton back into the stone age.

God, why can’t this old fool go to sleep and NOT WAKE UP!

has this fabulist EVER told the truth?? So now he knows all about what it’s like to be a cop facing a guy with a deadly weapon. *facepalm* Secondly, how is he going to prevent bad guys from smuggling in magazines of any size they want? He can’t even keep millions of invaders out much less tons of fentanyl and meth. Total clown show.

Bullets don’t go into a magazine. Bullets are one of the components of the cartridge.

If you don’t have anything nice to say don’t say anything at all. Okay.