I love a president who does what he says regardless of politicians and ex-politicians. When will liberals learn that our President makes up his own mind!!! He’s not a “yes” man nor does he want “ yes” men around him. Now he is undoing Obama’s wicked land crab.

Obama did whatever his little mind pleased and most of it was wrong and didn’t have approval. Time to correct his criminal mistakes!! That is why, Trump is set to drastically slash two major pieces of federal lands in the American West in what’s seen as a major blow to legacy monuments created by both Barack Obama and Bill Clinton.

God has really given this country a gift.

Via Washington Post: “With a single punch Monday, President Trump will deliver a blow to the legacies of two Democratic predecessors as he chops up controversial national monuments created by Barack Obama and Bill Clinton.

Mr. Trump will travel Monday to Salt Lake City, where he is expected to announce his long-awaited moves to reduce the Grand Staircase-Escalante National Monument and the Bears Ears National Monument, two sprawling tracts in Utah that critics long have cited as the most glaring examples of presidents abusing their power under the 1906 Antiquities Act.

The president’s supporters say his action this week — the final result of a review process started by Interior Secretary Ryan Zinke last spring — will begin to return power to local stakeholders and is a key first step in reversing a trend that saw administrations of both parties grab huge swaths of land and designate them as monuments, regardless of whether local populations agreed with the decision.

“Utah has become ground zero for politically motivated national monument designations that are excessive in size and contemptuous of peoples’ livelihoods,” said Rep. Rob Bishop, Utah Republican and chairman of the House Natural Resources Committee. “The president has stood against prior abuses of executive power, and his administration has demonstrated a commitment to work in concert with local communities to protect unique public antiquities and objects the right way.

Mr. Trump’s cuts could represent the largest reductions of any national monument in history. He reportedly will chop Grand Staircase by as much as 85 percent and Bears Ears by about 50 percent, and possibly will turn each existing monument into two separate sites rather than the single massive tracts they are now.

The president’s opponents have vowed to fight the move. Thousands reportedly rallied in Utah over the weekend in opposition to the cuts. Other demonstrations are expected Monday when the president arrives in Salt Lake City.”

Democrats will be Democrats. When the law is against them they’ll turn to activist judges and riots to get their way. To them, intimidation is far better than education.

Still, the lands should have never been confiscated by the two socialist presidents for political purposes in the first place. So this is a great result. Another rollback of the power of bloated central government. Good for Trump. Good for America.

What do you think? Share this article if you agree with what President Trump is about to do.

Report: Judge Lets Cops Jail Anyone SUSPECTED Of Being Sick With Coronavirus 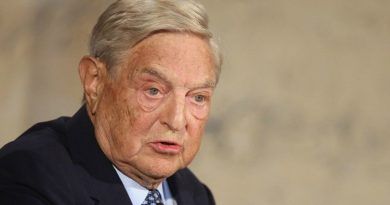 George Soros Suffers Huge Embarrassment, May Be Banished from His Own Country