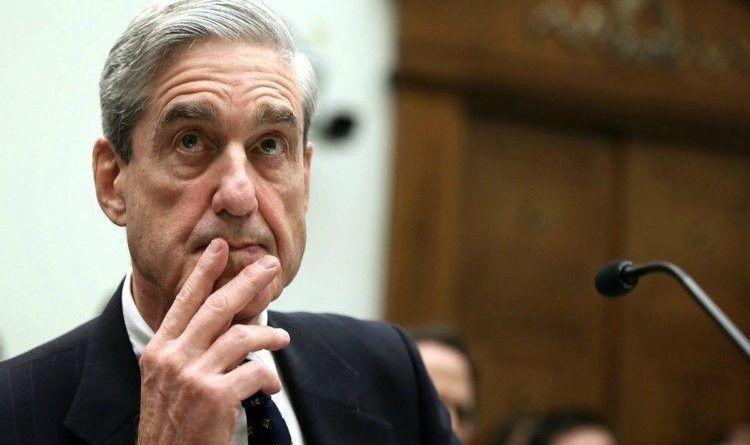 A federal judge on Friday harshly rebuked Special Counsel Robert Mueller’s team during a hearing for ex-Trump campaign chairman Paul Manafort – suggesting they lied about the scope of the investigation, are seeking “unfettered power” and are more interested in bringing down the president.

We all knew the same thing this Judge has stated, it’s all about getting President Trump, no matter how many lives you ruin in the process, to try and coerce something out of them. Mueller is the MAN who is leading the DEEP STATE to destroy the People’s President. This guy can’t be trusted and should have been fired the day Obama left town. He is purely political and breaks more laws than he protects. Mueller needs to have a special council on his butt, as well as all the Democrats he has hired.

And, now a Twitter user @Techno_Fog, who is a New York attorney, published the official court transcripts and what they reveal is an epic showdown between Mueller attorney Michael Dreeben and U.S. District Court Judge T.S. Ellis.

Via The Blaze: “The transcripts show Ellis repeatedly grill Dreeben over how their current case against Manafort has anything to do with Russian interference in the 2016 presidential election, which is the scope of Mueller’s investigation. The charges Mueller brought against Manafort are for crimes that mostly happened more than a decade ago.

Dreeben repeatedly dodges Ellis’ questions, forcing the judge to pry answers out of the special counsel’s team. And just as reported, the judge exposed the case for exactly what he believes it is: an attempt to gain leverage on Manafort that will eventually be used against Trump.

“You really care about what information Mr. Manafort can give you that would reflect on Mr. Trump or lead to his prosecution or impeachment or whatever. That’s what you’re really interested in,” Ellis said. The transcripts show Manafort’s lawyer agreed with the judge’s statement.

In the end, Ellis gave Mueller’s team two weeks to show they have evidence proving Manafort colluded with Russian individuals during the 2016 presidential election. If Mueller’s team cannot do so, the case could be tossed.”

I got my hands on the May 4 transcript from the USA v. Manafort hearing in front of Judge Ellis. (Thanks to a close friend.)

Finally, the truth is coming out! Simply confirming what many have suspected for a long time, and what an in-depth congressional report has found. There was no crime committed within the original scope of the inquiry. So by personal vendetta and heavy political bias, funded by American taxpayers, Mueller’s legal Gestapo is now hell-bent on manufacturing a crime.

This is why Meuller filed charges in two districts Virginia and DC. He knew the DC judge was appointed by Obama and if Judge Ellis did not agree he would just go to DC! Their goal has been to take down Trump and anyone associated with him!

But, Americans will not stand by and let this happen. Our voices will be heard.

We need to share this because the MSM will never report this! 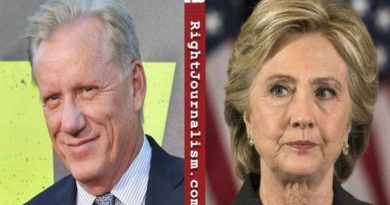 Crooked Hillary Begs For Money On Christmas Eve, So Actor James Woods Ended Her Pity Party With A Single Sentence

Iam not American Iam an Australian but it’s a sad day in US history what’s happening to President Trump he has done so much for your country in such a short time I think that this Mueller grub should be sacked and the case against the president thrown out Trump is the best 5hong that could of happened to the United States and the sooner these libtards realise it the better which will probably never happen but Trumps Presidential record speaks for itself just imagine what Trump could of done if he wasn’t obstructed at every turn it’s really bad watching what the Democrats are trying to do to Trump hopefully they’ll bring in term limits for every politician so they can’t stay in power for life ruining the American way of life,I prey for you mr Trump I hope everything changes and soon