Tucker Carlson had Black Lives Matter activist Lisa Durden on his show and they were discussing the “blacks-only” Memorial Day celebration in New York City.

Durden was defending the “blacks-only” event, but not for any reason other than for racial reasons.

Durden got riled up into a frenzy and Carlson had to cut her microphone and end the interview a bit short. Rarely does someone so arrogant and ignorant, like Durden, get a chance to talk like she did on a national news program.

“I thought the whole point of Black Lives Matter was to speak out against singling out people based on race, and punishing them for that, because you can’t control what your race is,” Carlson began. “And yet they seem to be doing that, explain that to me.”

“What I say to that is boo-hoo-hoo, you white people are angry because you couldn’t use your ‘white privilege’ card to get invited to the Black Lives Matter’s all-black Memorial Day celebration! Wow! Let me contextualize that for you,” she shouted.

“Memorial Day was created by black former slaves in 1865,” she continued, “to honor those individuals who were Union soldiers who fought and died for our freedoms so Black Lives Matter in that same vein decided to get together with black folks to honor black folks. To make sure that black folks were celebrated for being murdered by racist terrorists!”

Carlson cut off her microphone at this point. Durden then claimed that white people had “white day” all the time, citing whites-only TV shows, all-white Oscars awards celebrations, and all-white movies. “The Bachelorette, it took eleven seasons for a black bachelorette! Are you serious?!” She yelled.

“Do you think it would be fair if white people did come to a Black Lives Matter celebration to use the same water fountain that you do?” Carlson asked.

“They do all the time,” Durden responded, “when you look at Black Lives Matter marches and you see black lives are coming together collectively for issues, you see people of all races, so we do accept them. This particular day, they said, ‘stay your asses out! We want to celebrate today.’ We don’t want anybody going against us today.”

“And you can’t celebrate if someone who doesn’t look like you is around?” Carlson asked, and then interrupted her answer. “You’re demented actually, you’re sick. And what you’re saying is disgusting, and if you were a Nazi I would be saying the same thing to you.”

“Luckily I’m not a Nazi!” she exclaimed.

“What you’re saying is indistinguishable from what they are saying,” he concluded, “which is I don’t care your opinions, your views, your life experience, your intentions, all I care about is the way you look, something you can’t control. And on that basis alone I’m judging you, and I’m hostile to you. That’s the case you’re making and it’s divisive and wrong. And it’s amazing that you even have to say that out loud.”

What do you think about this? Scroll down to leave a comment below.

GOP Congressman Just WENT THERE: ‘Mueller Should Be Fired’ (Video) 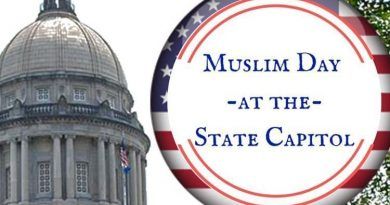 I hope Tucker never has this woman on his show again! I do not care if she has the next days winning lottery numbers and is giving them out!! She has mistaken him for one of the typical ratings seeking whores of the mainstream media who trade self-respect and morals for ratings. What a miserable human being she is….so much bitterness!

This individual is what is wrong with our country today.

Isn’t it a blessing that ignorance isn’t contagious? Or is it?

Get it thru your thick skulls….It’s not just about ‘Black Lives’…We all matter so get over it and spread a little love instead of a lot of hate and division!

This lady is a racist like no other,she is sick,she is demented and her screaming is not helping her at all.
She is disgusting,not accomplishing anything for blacks people’s at all.

Sorry to the people that commented before me but you guys are calling her a lady of which she is not. This is what a low-life black woman sounds like. Their attitude is to be loud, all up in your face and she cursed more than once to try to get her point across. Such a waste of air-time. Tucker, cancel any future bookings with this obnoxious person. I’m white but even so, I don’t see how the blacks want her to represent them on any day for any reason.

She is repugnant!!! She is also very, very wrong! Women in the South started Memorial Day in Petersburg, Virginia! Please don’t ever give this piece of racist trash air time again! She feeds on the publicity!

Lisa Durden is a racist big mouth setting her people back hundreds of years. And who the hell is she to attack “you white people”? #hatefulracist #nobrainnogain