This Florida congresswoman and superdelegate faces over 300 years in prison and millions of dollars in fines if she’s convicted of fraud charges.”My heart is just really heavy,” Rep. Corrine Brown said.The Democratic congresswoman pleaded not guilty to 22 counts in Jacksonville federal court on Friday.According to the indictment, Brown and her chief of staff are accused of using Brown’s position to bring $800,000 in donations to a fraudulent education charity. Prosecutors said the organization gave out two scholarships totaling $1,200. The rest, they said, was used as “a personal slush fund.”

They say the money was used for vacations, events in Brown’s honor and luxury boxes at a Beyoncé concert and an NFL game.

The head of the supposed charity pleaded guilty in March to conspiracy to commit wire fraud. According to First Coast News, she testified against a public official believed to be Brown.

Ads by Revcontent
“I’m looking forward to a speedy day in court to vindicate myself,” Brown said outside the Jacksonville courthouse.

But a few months later the justice has caught up with her!

A federal judge recently denied motions calling for either the acquittal of, or the granting of a new trial for, former District 5 Congresswoman Corrine Brown, in effect setting the stage for her to be sentenced on Nov. 16 for 18 counts of fraud.

Federal Judge Timothy Corrigan ruled on Wednesday, Aug. 16, that Brown was neither entitled to a new trial nor acquittal on her jury conviction, notwithstanding the arguments of her defense attorney, James Smith.

Smith argued before Corrigan that his client had not received a fair trial earlier in the year because one of the jurors had been dismissed after confiding to another juror that the Holy Spirit had revealed to him Brown’s innocence. Smith further argued that the prosecution had failed to prove beyond a reasonable doubt that Brown had orchestrated a charity scheme to defraud donors.

The judge disagreed with both arguments. The dismissal of a juror was not an action that he undertook lightly, the judge said. “Quite the opposite,” Corrigan wrote in his 27-page decision, underscoring that he had dismissed the particular juror “only after finding beyond a reasonable doubt that there was no substantial possibility he could base his decision on the Court’s instructions and the evidence adduced at trial.”

The Verdict: “The jury reached a verdict in Corrine Brown’s federal fraud trial on Thursday, the day after a juror was dismissed and deliberations were restarted.

Brown will not immediately go to jail. She will be sentenced to 90 days or more.

When a headline appears about a politician doing something bad and it doesn’t identify their party you can be sure it’s a Democrat! Share this and expose the liberal corruption into our country!

Do You Want Trump To Drain The Swamp?!?

Video: Homeowner In California Claims That The Police Is Preventing Him From Removing a Homeless Encampment From His Property (Update: video was uploaded as a “joke”) 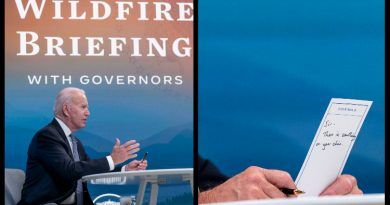 Photo: Biden Holds A Card Handed To Him By An Aide That Reads “Sir, There Is Something On Your Chin” – Joe Is Reading The Other Side 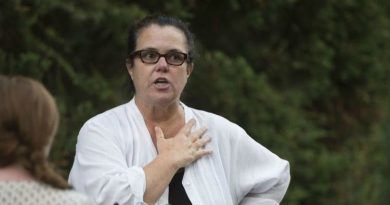 After Trying To Bribe U.S. Senators With 4 Million $, Rosie O’Donnell Gets Very Bad News From The Long Arm Of The Law